Our Team Committed to You

END_OF_DOCUMENT_TOKEN_TO_BE_REPLACED

When it comes to health care in the United States, it’s consumer beware.

A look at medical device and pharmaceutical drug recalls issued by the U.S. Food & Drug Administration in 2018 illustrates the consequences of a lax regulatory and approval process run largely by the drug companies and medical device manufacturers: A primary focus of the watchdog agency task with the nation’s safety must be warning consumers about the dozens of dangerous drugs and medical devices that it has approved for market.

Experienced Massachusetts product liability attorneys know too well that the nation’s healthcare system is a primary offender when it comes to consumer harm caused by dangerous or defective products.

END_OF_DOCUMENT_TOKEN_TO_BE_REPLACED

Several blood-pressure medications containing Valsartan are being recalled. The recent announcements are the latest in a rash of dangerous and defective drugs and medical products to be recalled in 2018.

Pharmacy Times reports Teva Pharmaceuticals has issued a voluntary recall in the United States of all lots of amlodipine/valsartan tablets and
amlodipine valsartan/hydrochlorothiazide combination tablets. The action comes after similar recalls have been announced by other manufacturers, after an active ingredient was found to be tainted with a known carcinogen.

Impurities found in Mylan’s valsartan API is known as N-nitroso-diethylamine (NDEA), which has been classified as a probable human carcinogen. Miami Herald reports Mylan recalled 15 lots of the blood pressure and heart attack medication, which is used as the active ingredient in a variety of medications sold be various manufacturers.

END_OF_DOCUMENT_TOKEN_TO_BE_REPLACED

Lawyers for Civil Justice reported this month that nearly half of all cases pending before federal district court judges involve Multidistrict Litigation (MDLs) — more than 124,000 cases at the end of 2017.

About 90 percent of MDL cases involve product liability claims, which means, according to the study, that consolidated product liability cases – such as those alleging defects in drugs or medical devices – account for about 42 percent of the civil caseload before federal district judges.  The 18 largest MDLs contain 107,000 individual cases pending before just 15 federal judges, according to the report.

Multi-district litigation is a special federal legal procedure in the U.S. federal court system, which is designed to speed up the litigation process by combining many similar cases. The MDL statute is 28 U.S.C. § 1407 in the United States Code. Section 1407. Most MDLs involve a few dozen to a few hundred cases. The notable exception is MDL No. 875, based in the Eastern District of Pennsylvania, which is the largest and longest-lasting MDL. It was created in 1991 by the JPML to manage all asbestos personal injury and wrongful death cases in the federal courts. As of 2011, over 121,000 cases had been transferred into MDL No. 875, and over 108,000 cases had been settled, dismissed, or remanded, leaving about 13,000 pending.

END_OF_DOCUMENT_TOKEN_TO_BE_REPLACED

The generic ingredient is found in several pills that have been under voluntary recall since July. The U.S. Food and Drug Administration keeps an updated list of valsartan recalls, as not all pills containing the drug are currently subject to recall.

END_OF_DOCUMENT_TOKEN_TO_BE_REPLACED

This month’s $289 million jury award in a product- liability lawsuit against Monsanto is a historic and important victory for consumers that will likely have a watershed impact on billions of similar claims pending across the nation.

In this case, plaintiff was awarded $39 million in compensatory damages and $250 million in punitive damages after developing non-Hodgkin’s lymphoma. As CBS News reported, a California jury found the former school groundskeeper’s repeated use of Monsanto’s popular RoundUp product, a glyphosate-based weedkiller, was a substantial factor in causing plaintiff’s rare cancer.

It was the first of thousands of similar lawsuits Monsanto faces across the country. Plaintiff took a job as pest control manager for a Bay-area school district in 2012, where he sprayed the weedkiller 20 to 30 times per year. Jurors deliberated for three days following the eight-week trial.

END_OF_DOCUMENT_TOKEN_TO_BE_REPLACED

With over 1,000 cases already filed and climbing, the first of the Bellwether trials for the Invokana multidistrict litigation (MDL) is slated to begin in September 2018.  Bellwether trials, collectively, often set the standard for how the rest of the MDL will transpire.  For example, in majority, if the trials go well (i.e. for the injured consumers), the defendants may have increased the incentive to settle some or all of the cases.  If the trials do not go well (i.e. for the defending corporations), the cases may be taken back to start court for trial, or the plaintiffs may close their cases.  Invokana was approved to market in 2013 to treat Type 2 (adult onset) diabetes brought by Janssen Pharmaceuticals, a division of Johnson & Johnson.  Essentially, the function of this drug is to reduce glucose in the body by blocking a key component of the kidney that allows glucose to reenter the bloodstream.  This results in frequent urination to help discharge the glucose that has been separated from the system.  END_OF_DOCUMENT_TOKEN_TO_BE_REPLACED

When a 23-year-old woman who was eight months pregnant got in her 2003 Jeep Liberty, she had no idea was riding in what was essentially a ticking time bomb.  The National Highway Traffic Safety Administration (NHTSA) found that a defect in the placement and design of the fuel tank in over 1.5 million Jeeps could lead to a fuel leak if the vehicles were hit from behind.  This could cause the leaking fuel to explode resulting in a fire.  NHTSA estimates this serious defect resulted in no less than 37 fatal traffic crashes involving Jeep Grand Cherokee vehicles manufactured between 1993 and 2004 and Jeep Liberty models made between 2002 and 2007 according to a report by NBC News. 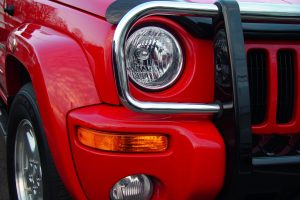 When this expectant mother was driving her Jeep Liberty and hit from behind, the impact caused the plastic fuel tank to rupture resulting in an explosion and subsequent fire.  When first responders arrived at the scene of this fiery wreck, there was nothing they could do for her or her unborn child and she was soon pronounced dead.  Investigators found the plastic fuel tank had not only been punctured in the crash, but had completely melted as a result of the fire.

END_OF_DOCUMENT_TOKEN_TO_BE_REPLACED

Essure is a relatively new form of permanent contraception.  If a woman decides, or is forced to decide for medical reasons, she no longer wishes to conceive a child, there are various temporary and permanent solutions. The first form of female birth control approved by the U.S. Food and Drug Administration (FDA), which saw widespread use, was the contraceptive pill or simply “the pill” as it is better known.

There are also several type of intrauterine devices (IUDs), which can be implanted into a female patient and will serve as a short-term or long-term birth control devise. Some are implanted into the arm of a patient.  Some of these devises use medicines and others use metals such as copper, which can prevent an unwanted pregnancy. All of these devices have advantages and disadvantages, and some are riskier than others. END_OF_DOCUMENT_TOKEN_TO_BE_REPLACED

We all like buying new cars because of the many new features available as standard equipment, which were once only available on much more expensive luxury vehicles. These days you can purchase a Kia Soul with a heated steering wheel for cold Boston winters and air conditioned seats for those hot summer days. One of the more popular features, which is becoming standard equipment on many cars, is key-less entry and ignition.  This is where you can keep the key fob in your pocket or purse and as long as it is within a few feet of the vehicle, will allow you to lock or unlock the doors merely by touching the handle and then, once you are safely inside your vehicle, will allow you to push a button and start the vehicle.  In  many cases, you will need to also step on the brake pedal, but you will not need to physically put the key in the ignition to start your car.

Likewise, when you have parked your vehicle, and the vehicle is no longer in a forward or reverse gear, you can simply push the on/off button again and your car will turn off the engine.  This is a great feature, but it can, and has, led to many cases of serious injury and deaths. END_OF_DOCUMENT_TOKEN_TO_BE_REPLACED