END_OF_DOCUMENT_TOKEN_TO_BE_REPLACED

With over 1,000 cases already filed and climbing, the first of the Bellwether trials for the Invokana multidistrict litigation (MDL) is slated to begin in September 2018.  Bellwether trials, collectively, often set the standard for how the rest of the MDL will transpire.  For example, in majority, if the trials go well (i.e. for the injured consumers), the defendants may have increased the incentive to settle some or all of the cases.  If the trials do not go well (i.e. for the defending corporations), the cases may be taken back to start court for trial, or the plaintiffs may close their cases.  Invokana was approved to market in 2013 to treat Type 2 (adult onset) diabetes brought by Janssen Pharmaceuticals, a division of Johnson & Johnson.  Essentially, the function of this drug is to reduce glucose in the body by blocking a key component of the kidney that allows glucose to reenter the bloodstream.  This results in frequent urination to help discharge the glucose that has been separated from the system.  END_OF_DOCUMENT_TOKEN_TO_BE_REPLACED

Cases against big tobacco companies are not as common as they were in the 1990s and early 2000s, but people are still dying from lung cancer and suffering from other smoking-related illnesses such as  Chronic Obstructive Pulmonary Disease (COPD), and cases are still being filed by products liability attorneys across the nation including our Greater Boston area.  The main issue in these cases is how to deal with any fault attributed to plaintiff.  While there was a time when the general public was not aware of the harm smoking could cause, and there was even a time when R.J. Reynolds used to advertise “More Doctors Smoke Camels Than Any Other Cigarette,” the dangers of smoking have long since been publicized.

In Smith v. R.J. Reynolds Tobacco Co., a case from the U.S. Court of Appeals from the Eleventh Circuit, surviving spouse of plaintiff filed a products liability lawsuit against the tobacco company which produced her preferred brand of cigarettes. She smoked regularly for decades and eventually died of various diseases often associated with long-term smoking of cigarettes. At trial, a jury found in favor of plaintiff, but defendant appealed arguing the jury award should be reduced due to plaintiff’s alleged in negligence in choosing to smoke on a regular basis for many years. This particular case was filed under a theory of wrongful death. END_OF_DOCUMENT_TOKEN_TO_BE_REPLACED

There are many drugs and other medical products on the market that we assume are safe.  The problem is that much of the research that “proves” a product’s safety actually comes from drug companies with a financial stake.  Long-term, independent studies on the safety of these medications are often sorely lacking. That’s why in so many cases, the truth of a medication’s side effects doesn’t become known until it is widely distributed to the general public.

However, there are some cases in which product manufacturers are aware or should have been aware their product failed to meet key safety standards.

If a pharmaceutical company knows or has reason to know of a defect in their products and either hides the results of tests performed, or chooses to be willfully-blind of a potential averse event (side effect) due to failure to conduct adequate testing, this can be the basis for filing a Boston defective drug lawsuit against the drug manufacturer.  END_OF_DOCUMENT_TOKEN_TO_BE_REPLACED

A recent case from the Supreme Court of New Jersey involved a products liability action filed against the major pharmaceutical maker that is now known as Roche in connection with its Accutane drug.  Accutane is the brand name for the drug isotretinoin. The drug was originally developed by Hoffmann-La Roche labs and was used to treat a severe skin condition known as nodular acne.  It was also used in some cases to treat a form of skin cancer.

While the drug was effective at treating acne, it had some serious side effects associated with it.  In some cases, it would lead to severe birth defects.  For this reason, women taking the drug had to be counseled against becoming pregnant while taking it, and also needed to either abstain from sex entirely or use what were considered effective contraceptives.  Condoms were not considered sufficient when not used in conjunction with another method of birth control.  For this reason, Accutane is considered a teratogen, meaning it can cause birth defects. END_OF_DOCUMENT_TOKEN_TO_BE_REPLACED 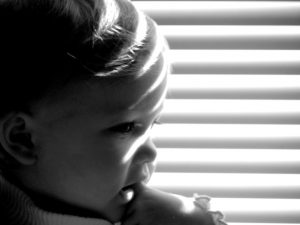 This could soon change. At least, that is the hope of lawmakers supporting the Recall Unsafe Drugs Act. This measure, H.R. 1108, would give the FDA the authority to order mandatory recalls on dangerous drugs and homeopathic products. The measure would revise the current law for the FDA to be allowed to issue mandatory recalls for products it does not directly regulate. The proposed law would also give the agency the power to issue mandatory recalls of pharmaceuticals that have been shown to cause serious health consequences and/or death.  END_OF_DOCUMENT_TOKEN_TO_BE_REPLACED

Two drug companies have been ordered to pay $67 million over false claims made regarding the efficacy of cancer drug Tarceva, the U.S. Justice Department announced.

This settlement was reached after allegations that between January 2006 and December 2011, the two drug makers promised the product would be effective for non-small cell lung cancer patients. What they failed to disclose was that research had shown it only worked if the patients hadn’t ever smoked or had any sort of mutation in their epidermal growth factor receptor. The latter is a protein that has been traced to the spread of cancerous cells. END_OF_DOCUMENT_TOKEN_TO_BE_REPLACED 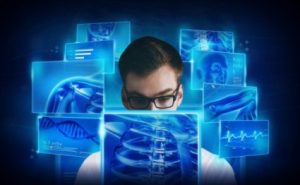 Many are closely watching the development of this case, making it high-stakes not just for the parties involved but for future plaintiffs as well. It’s being covered by Courtroom View Network (CVN). Plaintiffs allege the manufacturer marketed Norian for use in spinal surgeries, despite a company physician characterizing such use as akin to “human experimentation.”  END_OF_DOCUMENT_TOKEN_TO_BE_REPLACED

When the U.S. Supreme Court in 2011 handed down its decision in Pliva v. Mensing, it essentially left a large group of people – those who use generic prescription drugs – without any recourse if those drugs proved dangerous or defective.

Generally, it’s been held that makers of brand name drugs can’t be liable for generic drugs because they don’t actually make them. The Pliva decision made it so that generic drug makers can’t be liable for failure to warn (a key in any defective drug case) because by federal law, generic drug makers don’t write the labels. The labels are written by the brand name manufacturers and then approved by the U.S. Food & Drug Administration.

All this makes it interesting that the California Supreme Court will be taking on the issue of “innovator liability,” also known as brand manufacturer liability for generics in the case of T.H. v. Novartis Pharm. Corp. You see, California is one of the few states where courts have held that brand name manufacturers could in fact be liable for dangerous generic drugs. That ruling was handed down in Conte v. Wyeth, in which a California appeals court determined the brand name maker of a drug called Reglan, used to treat gastroesophageal reflux disease, could be found liable for injury caused by the generic version. The California Supreme Court declined to review that decision, so it’s been generally accepted in that state.  END_OF_DOCUMENT_TOKEN_TO_BE_REPLACED

Yates v. Ortho-McNeil-Janssen Pharma., Inc, a case from the United States Court of Appeals for the Sixth Circuit, involves a plaintiff who began going to her OB/GYN when she was 17 years old in 2004. She first went to the doctor because she was sexually active and was experiencing menstrual cramps.

Her doctor spoke with her about her choices for contraceptives and discussed the risks associated with each of the options.   One of the choices for birth control was ORTHO EVRA and another was Depo-Provera. The doctor testified that she customarily warned all patients about the risks of taking birth control before writing a prescription. END_OF_DOCUMENT_TOKEN_TO_BE_REPLACED