The China-based Gree Electric Appliances Inc. and its partners have agreed to pay a $15.45 million civil penalty after U.S. regulators alleged the company’s dehumidifiers posed a fire and burn risk to consumers and the company failed to warn them or take immediate action to remedy the problem. 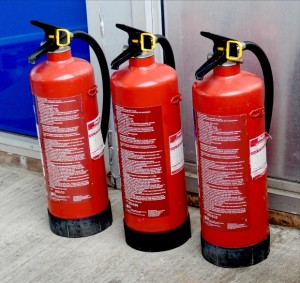 Gree manufactured and sold some 2.5 million dehumidifiers at big name stores throughout the country under more than a dozen different brand names. But when the company learned that its units were posting a fire and burn risk, it failed consumers and regulators on several fronts. Among those:

The devices were sold under highly-recognized brand names, such as GE, Kenmore, Frigidaire and Soleus Air.

The CPSC reports the machines were defective and caused them to overhead and catch fire. In fact, the agency alleged these products caused hundreds of fires and many millions of dollars in property damage.

And these weren’t even the first dehumidifiers to have this problem. Back in 2009, LG Electronics announced the recall of nearly 100,000 dehumidifiers that also posed a serious burn and fire risk, believed to be responsible for more than $1 million in property damage. In that case, it was a power connector for the depressor that reportedly had the potential to short-circuit. The recall had to be re-announced in 2011 after additional reports of fires were reported. Thankfully, there were no reported injuries stemming from use of the defective products.

In the case of Gree products, the company started receiving numerous reports of fire and burn-related incidents back in 2012. The company knew these incidents caused approximately $4.5 million in property damage. And the company did act to make design change that would fix the problem, the firm did not take the necessary steps to inform federal regulators or consumers about either the adverse events or the design changes.

These units were sold for approximately $400 each at a range of outlets, including:

The company first recalled the products in 2013 – a full year after learning about the potentially injurious issues. The recall was expanded the following year and then reannounced several months later, following a continued number of incidents. In fact, fires connected to the devices were still being reported in 2015.

The $15.45 million civil penalty is the largest ever imposed, and it will not rid the company of civil liability for damages caused by its defective devices.

In addition to this payment, the firm has agreed to adopt a number of provisions to ensure compliance with the Consumer Product Safety Act.

The agreement did not require the company to admit to the allegations raised by the CPSC, most likely because such an admission would prove difficult to overcome in pending product liability lawsuits.