We have been hearing a lot about led poisoning in connection with the environmental disaster and public health crisis in Flint, Michigan as result of the poisoned water supply that has been discovered. However, Flint is not the only place where lead is a problem.  In some cases, lead poisoning can be a result of contaminated water, and in other cases, it can be the result of a defective or dangerous product that contains lead or lead-based paint. 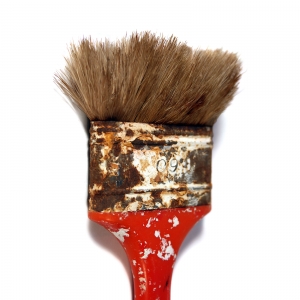 While lead poisoning can harm individuals of any age, children are often the most a risk.  The reason for this is because the lead particles enter a patient’s bloodstream at a young age when the brain and nervous system is still being developed, and this can result in serious developmental disorders and learning disorders.  A recent article from The Atlantic deals with this issue.  In that article, the lead poisoning is a result of a potential case of widespread lead contamination in Newark, New Jersey schools.

Authorities say that of the roughly 70 schools in that district, about half of them tested positive for dangerously high levels of lead in the drinking water provided to the students.  What makes the situation worse is that it appears, based upon newly discovered documents, that school officials have be aware of this problem for over a year and did not warn anyone.

When our Boston products liability attorneys file suits for damages associated with a dangerous or defective product, failure to warn of a known danger is a commonly filed claim. This means that defendant not only designed a defective product, but did not take proper steps to warn anyone, and this allowed more people to become injured.

First, it should be noted that according to the United States Centers for Disease Control (CDC), there is no safe amount of lead in the human bloodstream. In other words, lead is a problem to humans when in the blood, and any amount can cause substantial and permanent damage.  Lead poisoning has been linked to a reduction in IQ points in even relatively low levels.  However, the higher the levels are, the more dangerous it can be, but any argument that levels are within a safe range is not correct, according to the country’s leading experts.

While school officials initially denied having any knowledge of the problem, internal memos were found that told teachers to run water fountains for two minutes every morning before the students got there to reduce the chances of lead contamination.  No only is there no evidence that running a water fountain would in any way reduce the amount of lead present in the student’s water, it certainly does show that school officials had knowledge of the problem.

Aside from this, cafeteria workers were also allegedly warned about the risks associated with lead poisoning, and since they use a considerable amount of water when preparing food for the students, they were also told to run the water before using to cook, so as to reduce the chance of contaminating students with lead in the water.

When Lead Affects Learning, April 9, 2016, The Atlantic, By Sarah Brodsky