In a rather disturbing series of events, as described in a recent article from Syracuse.com, a United States Navy veteran left his Long Island home to go to Florida, so he could undergo a total knee replacement operation. He was 69 years old at the time of his operation. 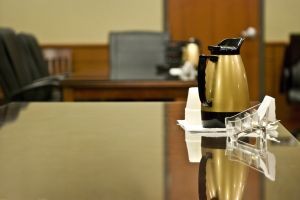 He chose to go to Florida because he had a friend there who could help during what he expected to be a somewhat lengthy recovery period. While he was gone, the town had his house demolished with all of this property still inside.

After going down south for the procedure, he was expecting several weeks of post-operative recovery. Unfortunately, he experienced several complications, including an infection that affected his heart and required him to undergo more surgery. He spent the next six months in the hospital before he was cleared to leave and go back to his home. When he pulled into what used to be the driveway to his two-story home, there was only an empty lot.

He was devastated. He assumed there had been a fire, but he learned that neighbors had complained his home was in disrepair and a “blight” on the community. They told the town his home was abandoned. The man, who is fighting to get reimbursed, says the town never sent him a single notice before they destroyed his home.   He said the town did not have a right to do this, and he was forced to go back to his friend in Florida with only his two suitcases as his sole possessions.

Town officials claim they sent notices to four banks to alert him of the upcoming demolition, but he never had accounts at any of those banks. His attorneys say this was illegal and plan to challenge it in court.

A properly designed and tested artificial knee joint should last somewhere between 10 and 20 years, depending on the design specifications. There is no reason we should be seeing artificial knees failing within a few years of the initial implantation surgery.   If you have had a knee replacement procedure and are experiencing significant pain, you should speak with your doctor as soon as possible. If you are told you need a second or subsequent surgery, you should contact an experienced attorney as soon as possible to learn if you have a valid claim for a full and appropriate financial recovery, including damages for lost wages, pain and suffering, and other special damages.