Defendants in a mass tort involving some 702 women claiming harm from transvaginal mesh medical devices were denied a request to have the case moved back to federal court, where they perceive an advantage. 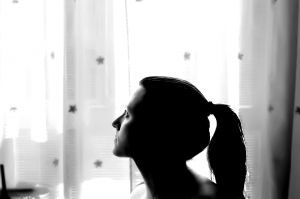 In theory, Boston transvaginal mesh lawyers know that both sides should be able to receive a fair trial regardless of the court in which the case is heard. However, some federal courts have accepted defenses and rulings that are somewhat more favorable to corporate interests. This is why defendants aggressively pursue the option whenever possible.

Here, in Teague, et al v. Johnson & Johnson, et al., they were unsuccessful, at least as far as 650 plaintiff cases were concerned.

More than 700 women from more than two dozen states plus Puerto Rico filed 12 almost-identical product liability claims against the defendant manufacturers, including Johnson & Johnson and Ethicon Inc. Each plaintiff had in some way been harmed by having transvaginal mesh devices surgically implanted to correct conditions such as pelvic organ prolapse. The implantation of these devices resulted or contributed to serious complications, such as erosion and organ perforation.

Each of the 12 claims contained no more than 100 plaintiffs, and each had at least one plaintiff residing in New Jersey, where the defendant manufacturers are based.

Initially, the defendants moved the case from state to federal court under the Class Action Fairness Act of 2005 – specifically, 28 U.S.C. 1332(d). This measure allows class actions and mass tort actions to be removed to federal court when there are more than 100 plaintiffs and there is a proposal that the cases be tried jointly.

Defendants removed the actions to a U.S. District Court in Oklahoma, citing the act as basis for the removal. Defendants also asserted that plaintiff attorneys each fraudulently joined at least one claimant from New Jersey for the sole purpose of keeping the claims in state court.

The defendants also argued that by filing all litigation in the same court, before the same judge, plaintiffs had effectively proposed a joint trial of claims, which would collectively mean there were more than 100 plaintiffs.

Plaintiffs responded by a request to remand 11 of those actions back to state court. The district court granted the plaintiff motion, and the federal appellate court affirmed.

Usually, an order remanding a case to state court isn’t appealable. However, there is a special provision in the 2005 act that allows for appeal in cases of mass torts, so long as the appeal is filed within 10 days.

The appellate court noted numerous prior rulings of sister circuit courts, which have approved efforts by mass tort plaintiffs to avoid federal jurisdiction by bringing separate cases with fewer than 100 plaintiffs each. The one exception is if there is a proposal that all of those claims should be tried jointly.

There are benefits to trying claims jointly, but that’s not what the plaintiffs were after in this case. Plaintiffs conceded that their claims involved many common questions of law and fact, but it was argued that the act’s definition of “mass action” is narrow, and statutes pertaining to removal of actions to federal court should be strictly construed.

The appellate court agreed, meaning that the actions will continue to proceed in state court. As of today, some 40,000 claims against transvaginal mesh manufacturers are pending.

If you are the victim of a defective medical product, call Jeffrey Glassman Injury Lawyers for a free and confidential appointment — (617) 777-7777.”