The U.S. Court of Appeals for the Eighth Circuit has effectively dismissed plaintiff efforts to seek damages against a medical pain pump device implanted post-surgery, finding there was no way at the time of the procedure the manufacturer could have recognized the device’s potential risk. 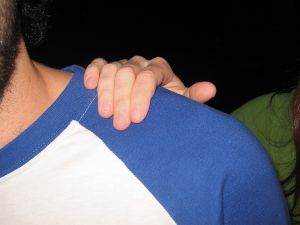 Boston product liability lawyers know, while this decision may impact some similarly-situated cases that date back that far, newer cases should still have strong standing. The primary issue in this case was what the company knew or should have known regarding the risks at the time the device was implanted in this particular patient. The district court ruled – and the Eighth Circuit affirmed – that such collective knowledge of any long-lasting, detrimental consequences was limited. Literature from the medical community at-large did not indicate any significant problems.

Of course, that’s not what the evidence later showed. According to court records, the plaintiff underwent surgery for shoulder pain in 2002. Immediately following the surgery, the doctor implanted a pump that was designed to deliver anesthetic directly into the patient’s shoulder, which would help to reduce pain during recovery.

The problem, however, was that the device instead placed her at-risk of developing a condition called chondrolysis. This is essentially a wearing down of the cartilage between joints, and is extremely painful. Once she was diagnosed with the condition, about a year after surgery, she needed to undergo numerous additional surgeries and treatments in order to obtain relief. She still suffers from chronic pain at the site where the implant was installed.

The question was not whether the pain pump caused the patient’s condition. Instead, in exploring the issue of liability, the court was interested in what the manufacturer knew and when it knew it because, in effect, this would establish a duty to warn. Failure to do this would be grounds for negligence.

The other theory of recovery asserted by the plaintiff was strict product liability based on a design defect.

The district court granted the defendant’s motion for summary judgment on the grounds that it was not reasonably foreseeable that the manufacturer could have known its pain pump in an articular joint would result in damage to that joint. The court pointed to evidence presented by the defense indicating that the medical community had only learned of a link between the pain pump implantation and the development of chondrolysis sometime in 2007. The court indicated that to find favor for the plaintiff, it would have to rely heavily on speculation and the benefit of hindsight.

The plaintiff appealed, arguing the trial court failed to consider the extent of what the medical community knew about the dangers associated with the device at the time of her surgery. To back her point, she underscored the fact that the U.S. Food & Drug Administration had not approved the device for post-operative use.

The appellate court looked closely at the definitions of “reasonable care” and “foreseeability” in reaching its conclusion that the manufacturer hadn’t acted with negligence in this case.