These days, McDonald’s have been seeing a decline in profits as more are turning to healthier food options for themselves and their families.  This is not say the company and its competitors are not making a ton of money, but their numbers are not as good as they were a decade ago. 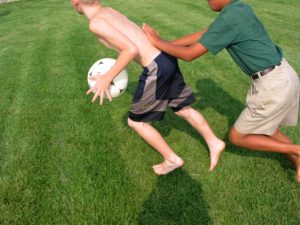 For this reason, the company has been working towards providing healthier options while still keeping the old standards. To some extent it has been working.  One of the thing they were doing to make parents feel the restaurant chain can promote a healthier lifestyle for children despite their old image problem, is to include a fitness band in Happy Meals.  These are essentially a very cheap version of the Fitbit and other popular fitness watches that have flooded the market in the past few years. END_OF_DOCUMENT_TOKEN_TO_BE_REPLACED

Actos is a medication used to treat patients with type II diabetes by keeping their blood glucose levels down. The medication is a member of a class of drugs, but only Actos seems to be linked to an increased risk for developing bladder cancer according to a recent news feature form UPI.  There is another drug in the same class of medications known as Avandia (brand name for rosigilatazone), but that drug, while chemically similar, does not appear to cause any increased risk of bladder cancer, as is the case with Actos.  While it is normally an entire class of medications that has the common trait which causes a disease or other adverse health event, it is not unheard of for the problem to be drug specific, as is the case with Actos.

An example of an entire class of drugs that has been shown to cause serious health consequences is known as New Oral Anticoagulants (NOACs) like Eliquis, Xarelto, Savaysa, and Pradaxa.  END_OF_DOCUMENT_TOKEN_TO_BE_REPLACED