Over the past decade, more and more people have started taking testosterone replacement therapy (TRT) drugs to treat the alleged symptoms of having a “low-t” count. Low-T is a term created by the marketing arm of drug companies intended to mean a person has a lower than average testosterone count. The symptoms of having a lower than average testosterone level, according to TRT drug manufacturers, are weight gain, tiredness, depression, loss of muscle definition, and other symptoms that are essentially the characteristics of normal male aging. 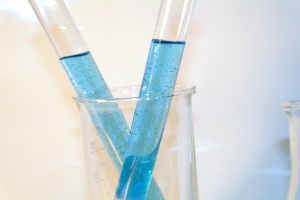 According to a recent article from HCP Live, the American Urological Association has released a white paper warning physicians about problems with current practices in testosterone evaluation techniques. The first problem, as noted by the paper’s author, is there is no consensus among urologists and clinical pathologists as to what a low testosterone level is or means.

As our Boston testosterone replacement injury attorneys can explain, TRT drugs are only approved to treat hypogonadism, which is a rare disease than has not become any more common than it was in the 1970s when TRT was first in development. Despite the continued rarity of hypogonadism, testosterone replacement therapy use has increased over 400 percent in the past ten years.

It should also be noted that, when trying to ascertain a patient’s testosterone level, the process is made more difficult by the fact that it can change drastically throughout the day. Stress, in particular, has been known to reduce a person’s testosterone level by as much as 25 percent in as little as a half hour. If a man has a fight with his wife, or opens a past due bill before going to the doctor’s office, his level may be significantly lower than it was a few hours ago. Perhaps this could be addressed by having patients stay overnight at the hospital with continuous blood tests, but doctors are not doing this, and the many low T clinics popping up all over the nation certainly aren’t going to do this. They are designed so a man can walk in, have a quick test, and be put on expensive TRT drugs with as little hassle as possible.

In addition to not knowing what it means to have a low T count, it is also not known what effect, if any, testosterone replacement therapy drugs really have on patients. What is known is the drugs can have a serious consequence on a patient’s health, including increased risk for stroke and heart attack.