Eliquis, like Xarelto and Pradaxa, is part of a class of drugs known as New Oral Anticoagulants (NOACs). NOACs have entered the United States market in the past few years and have earned their respective manufacturers billions of dollars in sales in that short period of time. 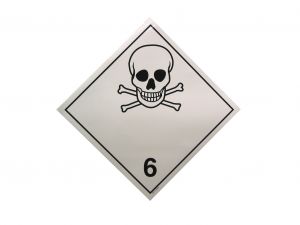 The reason for windfall sales is that patients who take conventional blood thinners like warfarin to reduce the risk of stroke and systemic embolism need to go their doctors frequently to have a blood test performed. This is needed because, while warfarin has been proven effective at treating patients at risk for these conditions, if medication levels are not checked often and adjusted when needed, serious side effects can occur.

Eliquis was marketed as new kind of treatment that does not require frequent monitoring and will let patients lead a normal life without the fear of developing serious side effects. While this is true for many patients, others will experience a severe internal bleeding condition, which can cause intracranial bleeding and hemorrhaging. If a patient develops one of these deadly conditions, there is not an approved cure to help those suffering from a bleeding disorder. In other words there is no antidote for the poisonous effects of Eliquis.

However, rather than take the drug off the market, drug manufacturers have been working to create such an antidote in the event a drug user develops one of these deadly bleeding disorders. According to a recent article from The Pharm Letter (a drug industry trade publication), makers of Eliquis are seeing positive results from their new antidote called andexanet alfa. Essentially, the drug company wants to continue to make billions off a potentially fatal drug and make more money from an antidote for the drug.

As our Boston Eliquis injury attorneys can explain, one of the main problems with these NOACs is that patients were never told of the serious and potentially fatal risks associated with the drugs, so they could compare them to the potential benefits and make an informed decision. In harmful drug lawsuits, not providing known information about a danger is a type of negligence known as failure to adequately warn.

According to the article, the drug is now in Phase III clinical trials. Phase III clinical trials involve an experimental drug or treatment being given to large groups of people to confirm its effectiveness, monitor side effects, compare it to commonly used treatments, and collect information that will allow the drug or treatment to be used safely, according to the National Institutes of Health (NIH). This is essentially the last phase in clinical trials before a drug is approved for sale on the market in the United States. The next phase is done when the drug is already on the market to confirm results and monitor long-term effects.

In the case of a drug like this, clinical trials may be accelerated because there are people suffering from an incurable disease who may benefit from the medicine. This is referred to as compassionate use in some situations.