Each year over 330,000 hip replacement surgeries are performed in the United States. A total hip replacement surgery, known to doctors as arthroplasty, traditionally involves cutting through most of the patient’s muscle tissue, tendons, and bone surrounding the original hip joint. An artificial hip is then anchored to the bone using a long metal spike and possibly medical-grade cement. 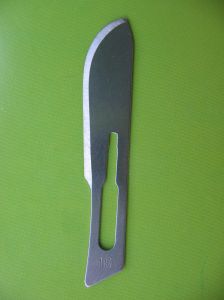 While elderly Americans and athletes may require a new hip due to their natural hip being broken, most patients are undergoing hip replacement surgery to alleviate the pain of arthritis. Doctors are telling prospective patients a new hip will allow them to essentially live as they did when they were years younger before experiencing any hip trouble.

The problem is many patients who undergo total hip replacement surgery will experience significant pain and suffering as result of defective artificial hip devices, which can loosen, deteriorate or completely fail within a short period of time following surgery.

Some estimates show one in seven hip replacement patients will suffer serious problems in less than five years after surgery. One such device, the DePuy ASR, with which Boston defective hip attorneys are all too familiar, was designed with a metal-on-metal joint. The company claimed the metal-on-metal joint would have less friction and allow patients to lead a more athletic lifestyle. As we now know, the metal devices have been prone to break down and release metal shards into the patient’s body, causing a poisoning known as metalosis, and a complete failure of the joint. Victims of defective artificial hips have had to undergo second and subsequent surgeries to correct the damage done.

According to a recent article from the Register Herald, doctors hope a new type of hip replacement surgery will alleviate many problems with arthoplasty. The new system, claimed to be minimally invasive, is known as SuperPATH. This is an abbreviation for supercapsular assisted total hip.

Instead of making large cuts through muscle, tendons, and bone to implant the artificial hip, surgeons can make a small incision to insert parts of the artificial hip device and assemble it inside the patient. The medical device company and doctors are calling SuperPATH a “ship in a bottle” procedure. In addition to the new hip joint, doctors will also require new specialized surgical instruments to retract a patient’s tissue during hip replacement surgery.