A surprising trend in recent years: middle-aged Americans are increasingly taking advantage of medical procedures that were typically reserved for the elderly. According to The Bulletin, “hundreds of thousands of [younger] Americans” are undergoing medical procedures to implant devices that can improve mobility. 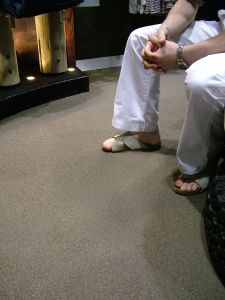 Our Boston defective hip implant lawyers know that metal-on-metal hip implant products were largely marketed to younger consumers because they were supposed to provide advantages to the young and mobile. Unfortunately, these new metal hip replacements backfired when they turned out to be unreliable and dangerous. This means that as the medical device market shifts to accommodate increasingly younger patients, it is important that device manufacturers do everything possible to avoid future mistakes that lead to more defective products coming into the market.

The increase in the number of middle aged Americans using medical devices to extend and improve mobility has been dramatic, as people who enter middle age look for new ways to stay active and healthy. From 2000 to 2010, for example, the number of patients between the ages of 45 and 64 who underwent a hip replacement has more than doubled.

Joint replacements are the most common procedure that middle aged Americans are opting for that used to be largely performed on the elderly. For knee replacements, for example, the number of patients aged 45-64 undergoing procedures increased 213 percent from 2000 to 2010.

Because of this trend, The Bulletin indicates that “the futures of major medical device companies are increasingly tied to younger groups and the new markets they represent.”

The design of the metal-on-metal hip replacement products is one example of how this can backfire. Hip replacement joints traditionally included a ceramic stem that went into the femur bone and that had a ceramic head that hit into the femoral cup, replacing the hip joint. Because the ceramic was prone to breaking, resulted in limited mobility and usually lasted about a decade before replacement was required, younger people wanted a better alternative.

Metal-on-metal hip replacement products were promoted as that alternative, but instead turned out to have a very high failure rate within five years and to cause many to experience significant pain. Recalls of both metal-on-metal hip products as well as knee replacement products have both occurred in recent years, and many of the thousands of patients who had these defective joint replacement devices implanted were among this new group of younger patients.

Despite the problems with the recalled devices, the trend of young people opting for medical devices is not likely to change any time soon, as about 430,000 joint replacement procedures were performed on Americans under aged 65 in 2010.

Rising obesity rates have increased the need for joint replacements because being overweight puts more stress on the joints. At the other end of the spectrum, the increased focus on being physically active into older age has also prompted more demand for joint replacements as well. When Americans in their 30s, 40s and 50s continue to exercise and play sports, this puts more wear-and-tear on the joints. People don’t want to give up the things they enjoy as their joints start to hurt, so hip and knee replacements become more popular.

Medical device manufactures who seek to take advantage of this growing market must ensure they do proper testing to avoid bringing more defective products to the market that will hurt the young people who are counting on them for help.