These days, it is nearly impossible to walk down any aisle in the supermarket without seeing a product prominently labeled as being gluten free. This is because avoiding gluten is the lastest dieting/healthy-eating craze that is sweeping the nation. 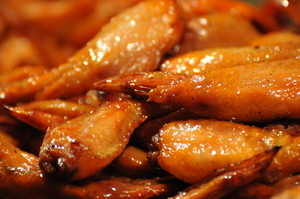 For those that are not familiar with gluten, it is a protein compound found in wheat and other similar grains, such as rye and barley. Gluten is important in many baked goods, as it gives the elastic properties to dough and helps it rise. It also gives food a chewy texture that most people enjoy. Gluten is also an important source of protein for much or the world’s population and is added to a variety of foods.

However, there are people who have an allergy to gluten, and these people suffer from a condition known as celiac disease. Individuals who suffer form celiac disease have an autoimmune response to gluten protein causing digestive problems, which can become quite severe. There is actually a very small percentage of the population that has celiac disease, but many have chosen to live a gluten-free lifestyle, because they believe it to be healthier than eating gluten.

Regardless of one’s reason for avoiding gluten, it is very easy to find gluten-free products these days. According to recent news article from ABC News, a Pennsylvania food products company has just recalled 20,000 boxes of gluten free chicken nuggets sold in supermarket freezer cases across the country.

The reason for the recall was because a randomly selected 12-ounce box of the breaded gluten free chicken nuggets tested positive for a food borne bacteria. Specifically, it tested positive for a strain of staphylococcal bacteria. This test was performed at retail supermarket by government agriculture inspectors in Colorado. This latest food safety recall came on the heels of a recall the previous week in which a million pounds of raw frozen chicken were recalled when samples tested positive for salmonella.

It should be noted that there were no reports of illness related to the frozen gluten-free chicken nuggets. As our Boston products liability attorneys can explain, there are variety of ways a food product can become infected with bacteria. One of the most common ways is when workers do not practice proper food safety methods when the food is being processed and packaged. This can include not washing hands after using the bathroom or not properly cleaning equipment.

Even when employees make all efforts to keep equipment clean, there are ways bacteria can grow in areas that are difficult to clean and inspect. The way a company can prevent this is by having thorough inspections of all equipment on a more frequent basis, during which samples are taken to determine if bacteria is present. For example in the more well-known Blue Bell Creamery recall, bacteria was found in the housing of a novelty scoop machine that is generally not accessible to workers when cleaning.

If you are the victim of injury resulting in a defective product, call Jeffrey Glassman Injury Lawyers for a free and confidential appointment: (617) 777-7777.