According to a recent news article from WSAV, the Fiat Chrysler Corporation was just ordered to pay a $105 million fine, based upon the results of a National Highway Traffic Safety Administration (NHTSA) investigation into how the company handled the recall of possibly dangerous automobiles. 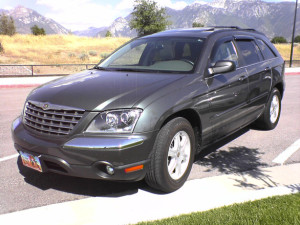 According to the consent order, all parties agreed there was an issue as to how 23 separate recalls involving around 11 million potentially dangerous cars, trucks, and SUVs were handled. The citation that the carmaker agreed to accept was based on various claims that the company did not act quickly enough in notifying dealers and customers of the potential defects and in getting the recall process underway.

The United States Department of Transportation Secretary said this consent order was designed to hold the company accountable for its failures involving these recalls and will encourage the company to take quicker action in the future to get dangerous vehicles off the road faster. It will also goes a long way towards keeping Americans safer in the future in terms of defective products.

With regard to the Fiat Chrysler matter, a spokesperson for NHTSA stated that the company’s history of “poor performance put millions of its customers and the driving public at risk.” This is an interesting assertion, in that it not only deals with the owner and occupants of a defective vehicle, but also the safety of others on the roads and sidewalks.

Essentially, the argument is that if a company manufactures a defective car, and that car causes an accident, it is foreseeable that the driver of another vehicle would be injured as a result.   There is also an additional test as to whether the third party plaintiff is in the zone of danger. This was a foreseeability test that was developed from a landmark case involving a box of fireworks that exploded on a train platform when dropped by workers, and a passenger at the far end of the platform was injured.

Chrysler to pay the Largest Fine Ever Imposed on Safety Defects and Recalls, July 26, 2015, WSAV