In the U.S. District Court for the Southern District of West Virginia, there are currently six separate coordinated litigations pending against transvaginal mesh manufacturers, including Boston Scientific. To facilitate the processing of claims, more than 22,000 federal lawsuits have been consolidated into the individual multi-district litigations (MDLs) in West Virginia that are currently pending before Judge Joseph Goodwin. Multi-district litigation refers to the consolidation of cases before a single judge to resolve certain issues applicable to many individual cases against a defendant. 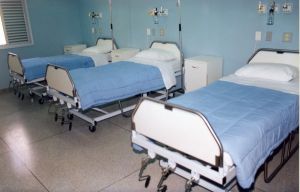 Judge Goodwin has now identified four cases that will go forward as bellwether trials in the multi-district litigation against Boston Scientific. Our Boston transvaginal mesh lawyers know that the bellwether cases will have an important impact on Boston Scientific’s willingness to resolve future claims through settlements with injured victims. Those harmed by transvaginal mesh should thus keep abreast the progress of these cases.

In a pretrial order, Judge Goodwin had ordered both plaintiffs’ attorneys and the defendants to identify eight complaints brought by plaintiffs whose injuries were representative of many of the individuals suffering injuries from transvaginal mesh. The criteria for a case to go forward as a bellwether case was that:

These criteria were set to ensure the first cases would be reasonably representative of other plaintiffs’ cases that are pending. The idea is that the bellwether trials must provide an accurate estimation of how the jury will respond to cases brought by TVM plaintiffs so that all involved can get an idea of what these cases are worth.

Plaintiffs and defendants both proposed cases that Judge Goodwin rejected because the cases were not viewed as good initial claims that would provide insight for the rest of the litigants who have claims. Further clarification by Judge Goodwin on the criteria for choosing the cases resulted in four claims being chosen on August 29. The bellwether cases that will move forward include:

In the first two cases, the plaintiffs were harmed by the Pinnacle product. In the second two cases, the plaintiffs were harmed by Obtryx. The first two claims arising from complications caused by Pinnacle are expected to go before a jury in February and June respectively. If the first case is dismissed or settled, Judge Goodwin has ordered that the court will proceed to the next case. Once the case is decided by a jury, this will shape whether future settlements occur and may have an affect on the amount the defendant is willing to offer to plaintiffs to settle cases arising from specific products and causing specific injury types.