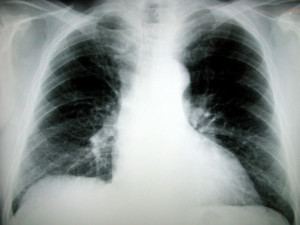 Despite the fact that researchers who conducted the study clearly stated further investigation of this matter was “urgently warranted.”

Boston IVC filter lawyers at Jeffrey Glassman Injury Lawyers, LLC, are prepared to take your case. We are familiar with the New Jersey-based C.R. Bard, and particularly its manufacture of defective vaginal mesh products, for which numerous lawsuits have been filed.

With regard to the IVC filter product, NBC highlighted a case of a 45-year-old single mother-of-two who had an IVC filter planted after a pelvic fracture that left her immobilized. But four months later, she suffered a severe headache and lost consciousness. She died on the way to the hospital, but first responders were able to resuscitate her. It was a full two days before doctors realized what had happened: A piece of the IVC filter had broken off, traveled down the vena cava and pierced her heart. The heart was not pumping correctly. She had to undergo emergency open-heart surgery. Doctors had to not only remove the broken piece, but drain the pool of blood that had collected around the heart.

It appears this was not an isolated incident. Hundreds have suffered similar experiences, and not all were as fortunate to survive. The NBC investigation was the culmination of more than a year’s work. That word of this product defect has yet to reach the public is deeply troubling, especially considering problems with this device have been known for more than a decade.

When this kind of scenario occurs, there are several theories of product liability on which victims may bring a case. One might be defective design. This is a form of strict product liability that alleges the design of the device was inherently flawed and dangerous. Another might be failure to warn. It seems this company was aware of major problems dating back to 2004, and yet did not commission further studies, issue a recall or warn the public of the risks.

If you have suffered ill effects as a result of an IVC filter, call our Massachusetts offices today.