New Oral Anticoagulants (NOACs) are big money for drug companies and marketing partners pushing four different medications currently on the market. One of the four drugs is Eliquis, manufactured by Bristol-Myers Squibb (BMS), and, according to recent article from Forbes, the drugmaker has a lot riding on Eliquis sales. 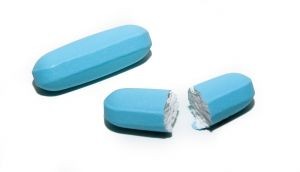 Specifically, Forbes estimates that around a quarter of BMS’s total value is directly tied to Eliquis. In other words, the future of Eliquis can make or break the economic viability of the company.

As our Boston Eliquis injury attorneys can explain, the drug was designed to treat patients with an irregular heartbeat condition known as atrial fibrillation (Afib). Afib patients are at increased risk of developing blood clots. These clots can form deep within a patient’s veins. If they form in the legs, they are referred to as a deep vein thrombosis (DVT). One of these large clots can break free and travel through the victim’s blood system, where they can become embedded in a patient’s lungs and tear a hole known as a pulmonary embolism (PE) or block blood flow to the brain, causing a stroke.

Traditionally, a patient was given a blood thinning medication like Warfarin (Coumadin) to prevent the formation of clots. While this has been proven successful for decades, getting the right dose can be tricky and requires constant monitoring. Patients must get blood taken regularly and watch their diets.   If the dosage is off, a patient will have an increased risk for internal bleeding disorders, but these disorders are reversible and preventable with proper monitoring.

On the other hand, a NOAC is not a blood thinner, but a drug that stops clotting. It is easier to find the correct dose and does not require constant monitoring. However, some of these Eliquis patients have developed a serious internal bleeding disorder, including intracranial bleeding, and there is currently no approved antidote on the market. There is one in development, but the FDA is still requiring additional safety tests.

In order to increase sales, which have become somewhat stagnant after the market reached what is known as the patent cliff, BMS increased direct marketing to consumers and tried to expand to other markets in Asia.   Based upon their successful marketing efforts, there is now a perceived feeling among the general pubic that Eliquis is safer than Xarelto, and Pradaxa, even though perception is not necessarily supported by anything other than marketing claims of BMS.

This is one of the downsides, among others, to allowing drug companies to directly market to consumers.   It used to be that a patient would go to their doctor and tell them what was wrong, and the doctor would determine treatment. These days, patients see a commercial and come into their doctors’ offices and ask for specific drugs and then tell the doctors how they have the symptoms needed to get that particular prescription. To make matters worse, drug companies spend millions of dollars making up new names for old, rare diseases to increase demand for their drugs.

If you are the victim of illness due to taking Eliquis, call Jeffrey Glassman Injury Lawyers for a free and confidential appointment — (617) 777-7777.

Why Eliquis Is So Important For Bristol-Myers Squibb, September 15, 2015, Forbes, by Trefis Team