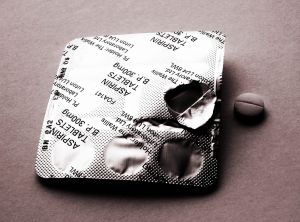 The traditional therapy used by millions of Americans is aspirin or Warfarin. While Warfarin is generally effective, patients must have frequent blood tests, so their doctors can closely monitor their dose. They must also watch their diets carefully and avoid foods that can change the rate of Warfarin absorption. If the dose if off even slightly, patients can have serious adverse events (side effects), and this is a problem on which Xarelto makers are trying to capitalize.

One of the benefits of Xarelto is that it is not supposed to need as much monitoring, so that means less frequent blood tests and less dietary restrictions. The problem with Xarelto, as our Boston Xarelto injury attorneys are aware from the large number of lawsuits filed, is that Xarelto has serious side effects for many patients. When some patients take Xarelto, they develop serious and uncontrollable internal bleeding disorders, including intracranial bleeding. There is no FDA-approved way to reverse this condition, though there is an antidote for Xarelto in clinical testing that drug makers hope to get to market soon to keep sales high.

According to a recent article from Fierce Pharma Marketing, Xarelto makers Bayer and Johnson & Johnson have started a 7,000 patient study to see if Xarelto is effective at preventing a second stroke. Currently, patients who have already had at least one stroke take Warfarin as a blood thinning medication. Xarelto makers hope to get in on this large market with their drug that already has roughly one third of the anticoagulant market cornered.

With billions of dollars at stake, Xarelto makers are hoping to get new uses approved for their cash cow, while keeping patients and doctors from considering the very serious risk of an internal bleeding disorder when deciding whether to use Xarelto.

If you have taken Xarelto and have developed a bleeding disorder that your doctor believes to be a result of taking the drug, you should contact an experienced dangerous drug litigation attorney as soon as possible. There are already thousands of other plaintiffs in court with Xarelto injury claims, and what happens in their cases may affect your right to a full and appropriate financial recovery. The sooner you act, the better your chances will be of having a successful result.

In addition to the ongoing Xarelto litigation, you also have to deal with a statute of limitations on filing a negligence claim. The clock generally starts to run from the time you are able to discover you have been injured, and the sooner you speak with an attorney, the more time he or she will have to prepare your case for settlement or trial, should the company fail to make a reasonable settlement offer.