According to a recent news article from CBS, a World War II veteran who served as a fighter pilot was recently attacked, and the alleged attacker was his 63-year-old son. Authorities say victim’s son has been verbally abuse to victim in the past, and, on this occasion, allegedly punched his father’s dog, causing the two men to argue. During the course of their argument, defendant allegedly punched his father inside father’s home, causing him to fall to the floor. When he hit the floor, he suffered various injuries, including a broken hip. 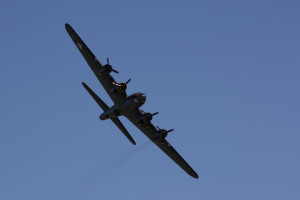 At this point, sheriff’s deputies say defendant left the home with his father lying in pain on the floor without offering any assistance or calling for help. When other family members found victim, they called 911. Police and paramedics arrived at the home. Police obtained an arrest warrant for defendant and arrested him on charges of aggravated battery of a person over the age of 65. This is known as a sentencing enhancement, which is added to a charge when the victim is a child, elderly, or physically or mental disabled. It can add years to the sentence and add mandatory minimum prison time, as well. Defendant is being held on $100,000 bond and is currently in a county detention center.

Meanwhile, victim was transported to a local trauma center, where was he was treated for his multiple injuries, and a total hip replacement operation was performed. Victim is still covered with bruises from the alleged attack and is recovering from hip replacement surgery in a local nursing home. His family said he will have a long recovery ahead of him and hope that one day he will be well enough to leave the nursing home and live with other family members, who can take care of him.

Our Boston hip replacement injury attorneys would like to take this opportunity to express our deepest sympathies to the victim and his entire family. We know that recovering from total hip replacement surgery can be very difficult, even when the surgery is performed perfectly and the patient is in otherwise good health.

While most surgeons perform the surgery every day without major complications, and most artificial hip implants function properly, this is not always the case. We have seen medical device companies make defectively designed artificial hip joints, not perform enough safety testing to know if there is a problem (often on purpose), hide risk information from the Untied States Food and Drug Administration (FDA), surgeons, and patients, and ship implants known to be defective.

We have seen defective artificial hips fail for a variety of reasons. For example, the Pinnacle ASR hip from DePuy used a metal-on-metal joint that was supposed to cause less friction and make movements smoother for patients. In reality, a metal-on-metal joint caused metal shavings to be released into the patient’s tissue. This led to device failures and even metal poisoning, known as metalosis, in patients. There are a variety of other examples of defectively designed hips, and you should speak with an experienced attorney about the facts pertaining to your case if you suffer complications following joint-replacement surgery in Massachusetts.