Johnson & Johnson pharmaceuticals has been in the news recently, as the company’s subsidiaries have resolved pending claims against them… and not in the company’s favor. One subsidiary, Ethicon, may pay as much as $4 billion in damages to settle lawsuits from defective hip implants. Another, Janssen Pharmaceuticals, has had two multi-million jury verdicts against the company based on Topamax birth defects, and will be required to provide compensation of around $11 million to one family and just over $4 million to another. 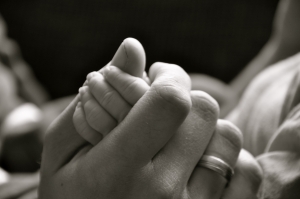 For those who were taking Topamax during pregnancy and whose child was born with a birth injury such as a cleft palate, a heart or lung defect, a penile defect called hypospadias, malformed limbs or spina bifida, it is important to have claims evaluated to determine if you too have a legal right to damages. Our personal injury lawyers in Massachusetts can conduct case evaluations for families who may be affected by Topamax.

How to Determine if You Have a Topamax Claim

Key factors that can determine if you have a Topamax claim include:

You will need to prove your case to obtain compensation from Janssen. Because two large verdicts have been issued against Janssen, it is possible that the company will become more eager to settle claims and pay out compensation to remaining victims. A settlement can make it easier for your Topamax claim to be successful since you will be able to negotiate a compensation amount with Janssen without having to prove the company was liable for injury.

However, it is important to be aware that verdicts to date are a good indicator that juries are by-and-large realizing that the Johnson & Johnson subsidiaries caused substantial injury to patients through the release of dangerous drugs. This means you should carefully consider if compensation could be maximized by a lawsuit or if settling is the right choice.

If you were harmed by Topamax, call Jeffrey Glassman Injury Lawyers for a free and confidential appointment — (617) 777-7777.