A federal judge in Illinois is overseeing a multi-district litigation action against the maker of testosterone replacement therapy drugs, with plaintiffs alleging the treatment caused them to suffer heart ailments. The litigation has been ongoing for some time – and is still not at the trial phase. 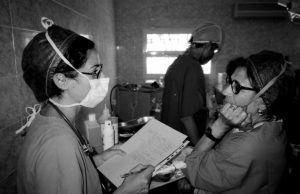 The MDL represents hundreds of men who say they were harmed by the company’s failure to warn of this possible risk.

Now, the judge in the U.S. District Court for the Northern District of Illinois issued a ruling that will work to plaintiffs’ advantage at future trials. The judge ruled that plaintiffs’ expert medical witness, a doctor who penned the rebuttal report for plaintiffs’ steering committee, only be allowed to submit a portion of that report. The San Jose State University professor authored a report in October, which included citations of a number of cross-studies. Defendant argued there should be a limitation on how many of those studies the expert witness could use in his report.

The judge disagreed with this. He noted that the reports were part of the rebuttal report. Further, the studies were addressed in the defense’s expert reports.

The MDL involves men who say dozens of drug makers, including AbbVie, created a disease and used marketing campaigns that were both aggressive and fraudulent in order to sell testosterone drug replacement therapies. Defendants did this, plaintiffs allege, even though they knew the potential for off-label uses were serious, and included the heightened risk of a heart attack or stroke. Product makers intentionally chose not to advertise these facts in an effort to keep consumers in the dark about the truth, plaintiffs allege.

AbbVie is specifically responsible for manufacturing drugs Axiron and AndroGel. These two products have been cited in connection with heightened levels of stress on the male cardiovascular system, as well as dangerous blood clotting with lethal potential.

Defendant argued that if the studies cited in plaintiff’s expert witness report were allowed to be presented as evidence in the deposition (and in turn, to jurors), it could unduly prejudice defendants. Defendants noted it was unable to prepare for disputing those studies, considering the “tight schedule” of planned depositions.

The judge, however, expressed little sympathy for this stance, noting plaintiffs had already offered to push back the deposition.

The more evidence plaintiffs’ expert witness will be allowed to present in these cases, the better.

MDL cases are assigned when there are numerous civil actions that involve one or more common questions of fact pending in multiple districts. To efficiently process all of those cases, hundreds or thousands of plaintiffs in dozens of different federal courts will combine forces to hammer out those common issues before the cases will ultimately be sent back to the other courts for trial. That means what has been decided here affects numerous plaintiffs with pending testosterone lawsuits.