While the need for a total hip replacement surgery sometimes results from an elderly patient suffering a broken hip or as result of a serious car accident, it is often the result of a patient living many years with severe osteoarthritis. At some point, it becomes so painful that cortisone shots and over the counter painkillers stop working, and patients decide to have their surgeons implant artificial hip joints. 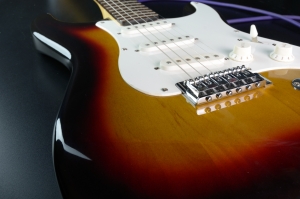 According to a recent news article from Ultimate Classic Rock, TESLA singer Jeff Keith recently had his hip replaced, and the band had to cancel some upcoming tour dates where they were scheduled to perform with Def Leppard and Styx. A band representative says TESLA will be back on the road in time for their summer tour.

TESLA’s management said they had already cut back on the band’s touring schedule and cancelled some dates because the pain from the arthritis in Keith’s hips made it extremely difficult for him to continue performances. The band was faced with a need to decide quickly on what do with respect to Keith’s condition, and a decision was made for him to have a total hip replacement procedure as quickly as possible, which is what happened.

Keith released a statement saying he has made a full recovery and is taking the time to enjoy some much needed rest and relaxation during his recovery time until the band can begin rehearsing again. Our Boston hip replacement injury lawyers wish Keith continued success with his rehabilitation process and hope he makes a complete recovery, so he can get back out on the road with his band.

While most hip replacement surgeries are completed successfully, and the artificial hip implant will continue to operate successfully for the duration of its expected useful life of around ten to twenty years, not every patient is so fortunate. As we have seen on numerous occasions, medical device companies have taken shortcuts in design and failed to perform proper testing during the approval process from the United States Food and Drug Administration (FDA), so their artificial hip can be brought to market and start making them money.

One of the reasons medical device companies are able to take these shortcuts is because the law allows them a way to do just that. Medical devices are treated differently than pharmaceuticals. When a new drug is designed, drug makers are required to construct substantial testing even before beginning any phase involving human trials. At this point, they can submit for approval from the FDA to begin to conduct human trials. This is the beginning of yet another lengthy process before a drug can be submitted for approval to market the drug to patients in the general public.

However, in the case of a medical device such as an artificial hip, if there is another artificial hip already on the market, the makers of the new artificial hip can apply for approval of a device substantially similar to the one already on the market. This substantially similar loophole allows companies to shortcut the normally lengthy approval process. This does not mean, however, a medical device company can knowingly bring a defective product to market, but as we have seen, these companies sometimes do just that.