Takeda Pharmaceuticals is facing pending legal action in a multidistrict litigation because the company’s drug, Actos, significantly increases the risk of patients developing bladder cancer. Plaintiffs have been successful in past cases in taking legal action against the pharmaceutical company, with one jury awarding $9 million in damages. However, some plaintiffs harmed by Actos have been having difficulties building their cases because Takeda Pharmaceuticals has been engaged in behavior designed to prevent them from getting documents and information they need. 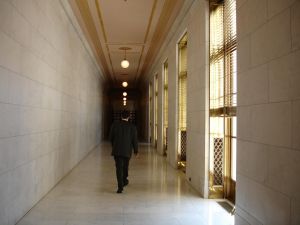 In a product liability case or any personal injury action, defendants have to turn over certain evidence during the discovery period. If they fail to provide information as required, the attorneys for the plaintiffs can make a motion to the judge and the judge may sanction the defendant. Victims should speak with a defective drug lawyer for help taking legal action, understanding their rights during discovery, and asking the court for sanctions when a defendant does not comply with rules of civil litigation.

Takeda Pharmaceuticals has been accused of losing, destroying or deleting files that could help plaintiffs prove their cases in Actos litigation. In the first Actos bellwether case, U.S. District Judge Rebecca Doherty sanctioned Takeda Pharmaceuticals on January 27, expressing “grave concerns” about the drug company’s conduct. As many as 46 files were believed to have been missing. The judge expressed concern that so many different people within the company leadership seemed to have had files go missing.

This was not the end of the company’s bad behavior. In a court order on April 30th, District Judge Kerry Earley held that attorneys for Takeda Pharmaceuticals had violated evidentiary rulings a total of nine different times during pending Actos litigation.

The judge did not impose monetary sanctions this time, but warned that any future violations of court orders would result in monetary penalties being assessed. Further, if defense attorneys continued to engage in intentional, extreme or egregious behavior in the future, the judge will remove them from the case.

The sanctions for the current misconduct involve letting the jury know of the bad behavior. The judge has ordered that the jury will be told of the ways in which the defense attorneys violated the court orders. A statement about the violations will be read to the jury just prior to closing arguments.

Sanctions for discovery violations or violations of court orders are a separate issue from whether Takeda is liable for the increased risk of bladder cancer that Actos causes. The jury will have to decide if the plaintiffs in the Actos cases are entitled to compensation because of the unexpected and dangerous risks that the drug caused them to experience.