According to a recent news feature from News 3, there have been 55 confirmed cases of hepatitis A linked to smoothie chain in the mid-Atlantic region.  These 55 cases are all in Northern Virginia, and now there are additional cases being assessed, including cases in Maryland, West Virginia, North Carolina, and even states out west like Oregon and Wisconsin. 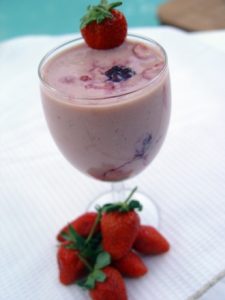 The state department of health and the Centers for Disease Control (CDC) have traced the source of the contamination to strawberries that were all imported from Egypt. Upon being made aware of the contaminated strawberries, the company voluntarily stopped using all strawberries sourced from Egypt. As our Boston food poisoning injury attorneys can explain, when you buy a food product such as smoothie, you may have a products liability claim against the vender.  In the case of this smoothie-related hepatitis outbreak, there has already been a class action lawsuit filed on behalf of the all of the victims, though it should be noted that the complaint is merely an accusation of negligence of the sale of a defective or dangerous product, as there has been no finding of liability in a civil court of law by a judge or jury by a preponderance of the evidence, which is the standard of proof in civil cases.

Hepatitis A is caused by a virus that infects the liver.  The infection is highly contagious and can have lifelong health consequences.  One thing that makes hepatitis A different than other types of food borne illnesses is that it takes between 15 and 20 days on average of incubation before the victim becomes sick to the point where they have symptoms and go to a doctor.  This allows a greater number of people to get sick, since it takes much longer to predict.

There is a vaccine for hepatitis A which was not available until relatively recently, and for that reason there has been an almost 95 percent decrease in the number of new infections each year. However, despite the fact that many new vaccines exist, many adults are not going to doctors and asking for these vaccines.  Other than the flu vaccine, and the pneumonia vaccine for older people, the only time people generally get vaccinated for anything is as children and when they go to college or somewhere else that requires a vaccination record.

In addition to eating contaminated food, you can also get hepatitis A from drinking contaminated water (usually a problem in developing nations) and from coming into direct contact with a person who is infected with hepatitis A.  Fortunately, for those who were exposed to the hepatitis A in the smoothies, it is not normally as serious and infection as hepatitis B and hepatitis C which can serious damage the liver and are generally chronic illnesses.  Many people will get better without the need for hospitalization according to the World Health Organization, but one of the problems is that the condition causes fever in patients and taking acetaminophen can cause serious personal injury.