Middle aged men and older men in the U.S. are being prescribed testosterone replacement therapy in ever increasing numbers. Low testosterone can lead to impaired sexual function, fat distribution problems, weakening bone density; and perhaps even a higher risk of heart disease. 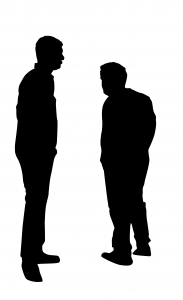 Products like GlaxoSmithKline’s Testim; Eli Lily’s Axiron, and AbbVie’s AndroGel are three of the testosterone replacement products approved by the U.S. Food and Drug Administration. Unfortunately, manufacturers of some of these products have found themselves accused of hiding risks. AbbVie, for example, has been sued because men who used AndroGel claim they experienced unexpected side effects due to the low-T treatment. Several of the plaintiffs experienced heart attacks, while others had strokes.

With a growing number of studies showing testosterone replacement products as problematic, the Food and Drug Administration (FDA) finally announced it was going to reassess whether the testosterone therapies the agency approved are actually safe.

While this action comes too late for some of the man who have been hurt, an in-depth safety investigation could prevent more men from suffering potentially life-threatening complications. For men who have already experienced side effects, a Boston defective product lawyer could help you pursue a damage claim.

As Healthline reports, there have been multiple studies showing potentially serious problems with testosterone replacements.

These problems would be bad enough if men knew about the drug risks and if there was evidence that the benefit of testosterone therapy could possibly outweigh the downsides. Unfortunately, it does not look like either is the case. A study in the Journal of Clinical Endocrinology & Metabolism showed that testosterone therapy likely did not have an impact on improving heart health.

If testosterone therapy has few benefits and has serious potential side effects, it is a natural question to wonder why the FDA ever approved it in the first place. Manufacturers, of course, sold the product to make money and they may not have been overly concerned with whether it was safe or effective. These manufacturers could now be made to pay for the harm the testosterone replacement products caused if the plaintiffs prevail in their claims.