In the last few years the use of nicotine vaporizers has become extremely popular to the point where we frequently see so-called “vape” shops in strip malls and shopping mall kiosks across the nation including the greater Boston area. 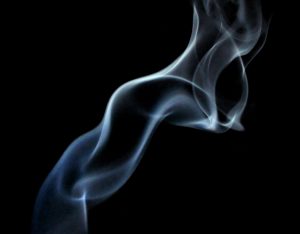 In some cases, people are vaping to quit smoking or reduce the number of cigarettes they smoke in a day.  They see vaping as a means of ultimately quitting smoking. For others, they simply like to vape and have no intention of stopping.  There are variety of reasons vaping nicotine has become so popular in recent years.Some users like the fact that they give off less smoke and do not have the odor associated with smoking a cigarette.  There is also a general belief that it is safer to vape than it is to smoke a cigarette because, as everyone knows, smoking can lead to lung cancer.  However, many will argue that there have not been a significant studies on the long-term use of nicotine vaporizers, so we really don’t know they are safe and people are simply making assumptions that vaping is safer than smoking, which may or may not be the case.

Regardless of whether inhaling nicotine vapor into your lungs is safer than inhaling cigarette smoke, it is not likely to be much safer if the e-cigarette literally explodes in your pocket or in your face, and these incidents have been reported with growing frequency over the past years. According to a recent news article from the Daily Mail, a worker in Massachusetts had to get 12 stiches in his face following one incident.  The incident was caught on security cameras at the site of the explosion.

As seen on the video, the worker was standing at customer counter taking a puff from his vaporizer when it violently exploded, sending shrapnel from the device into his face.  Others near him heard the explosion and quickly moved out of the way so they would not be injured.  The United States Food and Drug Administration (FDA) has begun to investigate this issue and has found that on average, 18 explosions occur each year, and some of these explosions result in serious personal injury.

As our Boston products liability attorneys can explain, regardless of whether or not vaping nicotine is a safe alternative to smoking cigarettes, if the device or the battery was improperly designed and explodes in your face or in your pocket, you may have a valid claim against the various parties responsible for manufacturing, distributing, and selling the defective device.

While they may have warnings on the packaging that it is not a safe alternative to smoking, this disclaimer should not protect them from lawsuit if a person is injured or even killed due to the defective design of the product.  In the Commonwealth of Massachusetts, you may even be able to file under the Consumer Protection Act (Chapter 93A) which allows for triple damages in certain types of cases. However, this is not applicable in every case, and you should speak with your attorney about the facts of your actual situation.