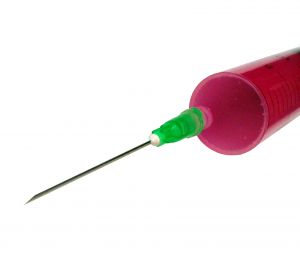 While Warfarin is known to be effective, it does require frequent monitoring of a patient’s blood, so doctors can make dosage changes when necessary. If the dosage is not monitored constantly, they may suffer serious and potentially fatal adverse reactions. Patients must also closely monitor their diets, because certain foods can affect how Warfarin is absorbed in the body, which in turn can affect dosage rates.

As our Pradaxa injury attorneys understand, Pradaxa’s manufacturer and its marketing arm have developed this drug as a very profitable and supposedly more convenient alternative to Warfarin. It is supposed to work as well, but without the need for constant monitoring of blood levels and food intake. However, Pradaxa is not without problems. The major problem is many patients have developed serious internal bleeding disorders, including intracranial bleeding. As if this was not bad enough, there is no known treatment for a patient suffering from Pradaxa-related internal bleeding, and deaths have occurred.

This has harmed sales somewhat, but it has not slowed down production. Instead, Pradaxa makers are hoping a new “Pradaxa reversal agent” (antidote) that has just been submitted to United States Food and Drug Administration (FDA) and regulatory agencies in Canada and Europe will help. According to a recent news article from BioPharmaDive, drug makers hope this new antidote will finally help them take full control of the market for blood-thinning medications for Afib patients.

Pradaxa is actually one of three similar blood-thinning medications in a class of drugs known as New Oral Anticoagulants (NOACs), along with Eliquis and Xarelto. All three medications have been shown to have similar problems with internal bleeding disorders, and all three allegedly respond to this new antidote.

One the one hand, they hope doctors will be more likely to prescribe their new mediations knowing there is an antidote. On the other hand, they don’t want the public to know their medication may require an antidote, or reversal agent as they are calling it.

If you have taken Pradaxa, Xarelto, or Eliquis, and have developed a bleeding disorder, you should speak with an attorney experienced in handling large multidistrict litigation (MDL) matters, as they often involve complex legal issues and require an ability handle a large volume of discoverable material.

One of the typical claims in these types of lawsuits deals with failing to adequately warn patients of a known danger. It is a sad fact drug companies have taken significant steps to hide knowledge of these problems from the FDA, doctors, and patients. There is no way a patient can make an informed decision as to the risk of taking a particular drug if they are not told of the known risks. While it is okay if a patient is told they might suffer a serious and still irreversible bleeding disorder, and that patient still decided to take the drug, many victims were not told of these risks and had no idea what could happen.