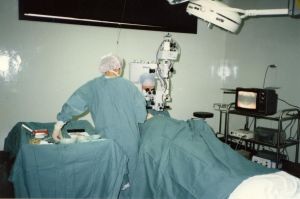 It is hard to know what it costs a patient with the hospitals routinely marking durable medical equipment (DME) way up, so the insurance company can than adjust them way down. Still, we are talking about thousands of dollars per device. As we have discussed in other posts on our Boston products liability blog, there are over 300,000 total hip replacement surgeries performed each year in the U.S. alone.  This has resulted in something of a market free-for-all, with other companies trying to get a cut of the action.

Normally it takes a lot of time and a great deal of testing to get a new drug or medical device on the market, as there is a lot of safety testing and efficacy testing that must be done before the U.S. Food and Drug Administration (FDA) will approve that new device. But what if it is similar to a medical device that is already on the market?  Pursuant to FDA Regulations Section 510(k), a medical device will be classified based upon whether it is a new type of device of the same as an existing medical device.  If the device is similar enough to be considered an existing device, but unique enough to get a new patent (this took a great deal of lobbying from medical device companies to accomplish), then it can get on the market with much less testing, and they can rely on post-market (PM) safety reviews.

This is how a medical device company would see a product on the market doctors seemed to like and make their own version of the device, so they too could make money.  While one company could challenge the violation of their patents, but most companies would not push to hard to get rid of the loophole, since they do the same thing, whether or not someone else is making money with a device they don’t yet develop.

One seemingly great idea the medical device manufacturers came up with (more likely the marketing arm of the company) was a metal-on-metal hip implant. When you think of metal-on-metal, they want you to think of smoothness and the ability to move back and forth with very little friction.  This is supposed to allow patients to get an artificial hip implant and be able to lead a much more active life.  You could move quicker and possibly even run and wouldn’t have to worry about all of the limitations often associated with older ceramic or ceramic-on-metal hip implants. A least this is what they wanted you to think about when you would think of one of these devices such as the DePuy ASR or DePuy Pinnacle hip implant.

However, when you think of metal rubbing against metal, you might also think of your brake calipers hitting your brake drum when the brake shoes are warn off.  This is not exactly smooth.  In fact you have grinding and metal shards, and even sparks, are flying everywhere. While you are not likely to have to have sparks with a metal hip implant, you will have grinding and shards. This led to many problems, including medical device failure where patient needed to get a second or even third surgery to have the hip implant removed and replaced.  These devices are supposed to last for 10 to 20 years.  If you are told you need a new device a few years after getting one implanted, you should speak with an experienced Boston hip replacement injury lawyer to see if you have a valid claim, because in many cases, you will.

According to a recent case from the U.S. Court of Appeals for the 11th Circuit, a plaintiff filed a products liability lawsuit against the manufacturer of a metal-on-metal artificial hip manufactured by a company called Smith & Nephew.  While you may not have heard of this company, it is a medical device manufacturer that has decided to get in on the industry.

However, this British Company is no small player.  They were involved in a major legal action with Biomet, Inc., DePuy Orthopedics, Inc. (now a part of Johnson & Johnson), and Zimmer Holdings, which is another major company and has been sued many times for artificial knee implants such as the defective Zimmer NexGen Knee.  In fact, the legal matter involving S&N involved the companies being investigated by the U.S. Securities and Exchange Commission for allegedly entering into deals with surgeons to make them choose particular models of hip implants instead of using their independent medical judgement.  This was an alleged criminal conspiracy that was resolved with a non-prosecution agreement after the companies paid over $300 million, according to an article from Reuters.

However, in this case, the court dismissed plaintiff’s cause of action under a theory that the plaintiff relied upon negligence claim that argues defending improperly trained those associated with the metal-on-metal hip joint.  The court of appeals affirmed this dismissal, and affirmed the dismissal based upon improper application of a contracts law claim, but reversed the dismissal based upon a claim of negligence and a strict liability manufacturing defect claim.  This means that case will be reversed and remanded so the jury can hear the evidence.

This is a very complicated area of law, as there both state and federal laws in play at the same time.  The case, when filed in Boston, will likely be heard in the District Court for the District of Massachusetts. Even if your products liability lawyer brings the initial claim in the Suffolk County Superior Court (our trial court of general jurisdiction for Boston, Chelsea and Revere), the defendant will likely remove the case to federal court, as they believe they will have a better chance with federal law.  However, some state law will still apply so you want to make sure your attorney has handled these cases in state and federal court.

Getting priced out of joint replacement, April 5, 2013, Advisory Board