When we give our children food, we try to make sure they are eating healthy and well-balanced meals. This is especially important as childhood obesity is becoming an increasing problem and kids are spending more and more time watching television and playing videogames, than playing outside and getting exercise. 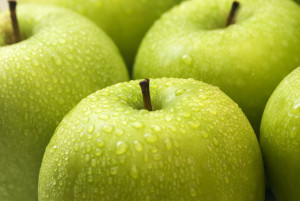 According to a recent news article from ABC, the maker of GoGo squeeZ has issued a voluntary recall of its kids applesauce packets and other snack products they manufacture after mold was discovered.

The company decided to announce the recall earlier in October when they discovered the mold, which they said was the result an issue in the production process. The company also said that while they acknowledge some molds can be dangerous or deadly, the mold found during their routine inspection was common mold like what is found on fruit. A company spokesperson went on to say that they know mold is disgusting and unpleasant to look at and taste, and is simple not what you expect to find in their products. The company said it shut down production for a while to inspect the equipment and processes used in the applesauce production process so they could learn everything about where and why the mold formed and address the issue so as to avoid the problem in the future.       The company is assuring people at that while the mold is an obvious production problem and should never has happened but reiterated that there in know health and safety consequences in regard to this mold issue.

If it is true that these particular type of mold is not toxic to humans, that will be a big relief. However, as recently seen with ice cream and many other foods, one common foodborne illness we have been some more frequently is listeria. Lysteria can be very dangerous to humans and has managed to find its way to production of food products.

If you have become sick as a result of a contaminated food products, one of the best things you can do aside from gong to the hospital and seeking medical treatment is contact a Boston products liability attorney to see if you have a case against the manufacturer. It will often be necessary to investigation and see what other complaints have been filed in connection with a food poisoning incident.   It is important to note that in this case involving GoGo SqueeZ, there has been any report of any injuries in connection with the mold and there here have not been any civil perusal injury negligence suits following the mold incident.

These case can often off multidistrict (MDL) litigation and class action lawsuits since were are dealing with many plaintiffs if many different states. Since it would economical to repeat the same trial over an over again across the nation, a judge will often cause the cases to consolidated into a single case. This can be very complicated process and you want to make sure the attorney you hire has experience with complex cases such as these. There is a lot of highly technical procedures which must be followed if plaintiffs are to receive a full and appropriate financial recovery.

GoGo squeeZ Recalls Applesauce and Other Products Due to Mold, October 16, 2015, ABC News, by Gillian Mahoney