The U.S. Court of Appeals for the Eighth Circuit has declined to set aside expert testimony pinning an infant’s permanent brain damage on formula produced by Mead Johnson & Co., reviving litigation against the firm. 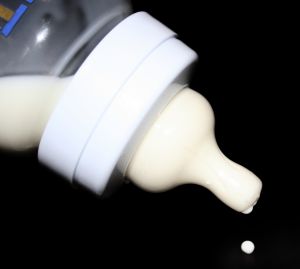 In Johnson v. Mead Johnson & Co., the family of a then-1-month-old baby contends the child was sickened and suffered lasting brain damage after consuming Enfamil formula. The guardian ad litem who filed suit in the child’s stead contends the product was unreasonably dangerous because it was contaminated with the bacteria Cronobacter sakazakii.

Our Boston product liability lawyers understand the U.S. Centers for Disease Control & Prevention receive roughly six reports of C.sak sickness each year, even though there is no legal mandate for the cases to be reported. The bacteria is naturally-occurring in certain plants, such as rice and wheat. However, even small amounts can be lethal to those with immune systems that aren’t yet fully developed – namely, infants.

This isn’t the only lawsuit filed against the company for this issue. Another lawsuit was filed in October 2012, after the death of an infant in Missouri. The U.S. Food & Drug Administration contends it uncovered no evidence that the four cases of illness it analyzed were related, and did not press the company for a recall.

Still, the expert witness in the Johnson case contends the product was inherently dangerous. The lawsuit asserts company officials knew this or should have known it and failed to warn. In fact, the company has issued two previous recalls of their infant formula for discovery of the bacteria – once in 2002 and again in 2003.

The lawsuit asserts that the infant was fed this non-sterile powdered formula while in the hospital and for a short time after. He was subsequently taken to the emergency room for fussiness and fever, where he began to suffer seizures. Doctors presumed he had contracted bacterial meningitis. After 10 days, he returned home stable. The following month, doctors began to suspect a possible C.sak infection, as they noted “extensive cerebral destruction.” This was later confirmed. Although treatment continued, the brain damage was permanent.

The family collected all the formula cans, excluding one that had been completely used and discarded. Tests showed those cans were not contaminated.

Still, litigation was filed. An expert for the plaintiff testified that testing methods employed by the FDA don’t detect all forms of the bacteria, and that the bacteria could exist in one can of formula without being present in the others of the same lot.

However, a federal judge excluded the testimony, saying the witness had improperly ruled out other possible sources of the contamination.

However, upon appeal, the Eighth Circuit reversed this order, finding the validity of the expert’s testimony was a matter for a jury to weigh. The three-judge panel went on to note that expert witnesses are not required to rule out all possible causes when performing a differential analysis.

The case was remanded back to the lower court for further proceedings.