Food poisoning is not only dangerous–it can be deadly. A food outbreak caused by contaminated meat, produce, or other widely distributed foot source can have a widespread impact, affecting victims nationwide. When bacteria can be traced to one source and linked to mishandling, negligence, or failure to warn and recall, those distributors can be held liable. In addition to civil charges, violators may also be held criminally liable for their actions. 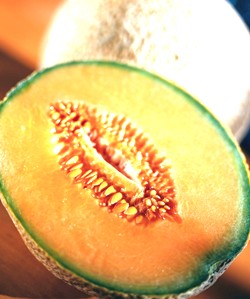 Last week, the owners of a Colorado cantaloupe farm were arrested on charges related to a 2011 listeria outbreak and epidemic that caused the death of 33 victims. The incident is considered one of the nation’s deadliest epidemics related to foodborne illness. Our Massachusetts food poisoning attorneys are experienced in complicated cases involving food-related illnesses and wrongful death. As safety advocates, we are committed to exposing food poisoning cases to protect victims and to prevent future illnesses or wrongful death.

Food poisoning can be linked to a number of factors. While E-coli may caused by an inherent problem with the meat, a number of other diseases could arise because of improper cleaning or storage. According to prosecutors in this case, the Food and Drug Administration (FDA) and Centers for Disease Control (CDC) which investigated the case, found that the farmers failed to clean the cantaloupe before distributing it to sellers nationwide. Prosecutors charged the farmers with introducing adulterated food into interstate commerce.

Large and small agricultural companies, meat-packing plants, and other large distributors of food are responsible for making sure that the environment is clean and safe for processing and packaging food items. After investigating the packinghouse, the FDA concluded that the cantaloupe were likely contaminated by dirty water on the floor and heavy equipment that was difficult to clean.

According to reports, the listeria outbreak lead to the deadliest epidemic in 25 years, resulting in 33 deaths in 28 states. In addition to the federal criminal charges, a number of victims and their families have filed lawsuits alleging negligence. These victims may be entitled to significant compensation for their losses including medical expenses, pain and suffering, as well as lost wages. Family members who lost a loved one to the outbreak may also be able to collect lost future wages, funeral expenses, and compensation for any additional losses they may have endured arising from the epidemic.

The FDA has indicated that the brothers, aged 37 and 33, operated the farm in southeastern Colorado and purchased the processing equipment just before the outbreak. After investigating, it appeared that the equipment was corroded and dirty. Pools of water that collected throughout the packing facility were also harboring bacteria and could have contaminated the fruit before it was distributed. The source of the listeria is unknown; however the equipment was used and could have been contaminated before it was purchased.

The federal misdemeanor charges could carry serious penalties, including significant fines. The farm has since filed for bankruptcy. Other farmers in the region have had a difficult time restoring the name and the products for its association with this deadly outbreak.

Food poisoning symptoms can be severe including nausea, vomiting, diarrhea and dehydration. Many victims will require hospital stays. In the most severe cases, victims may be unable to recover from the damaging effects of foodborne illness. Children and elderly victims are more likely to lose their lives to food poisoning because weak immune systems make it more difficult for them to fight off the bacteria.

If you are the victim of food poisoning in Massachusetts, call Jeffrey Glassman Injury Lawyers for a free and confidential appointment — (617) 777-7777.