Air bags are supposed to protect you in the event of an accident and if an air bag does not deploy when it is needed, serious or even fatal injury could result. At the same time, an air bag deploys at high speeds and if it deploys at the wrong time, it could cause a devastating accident. Because it is so important for air bags to work correctly, vehicle manufacturers must exercise care in the design and installation of air bags to ensure there are no problems. 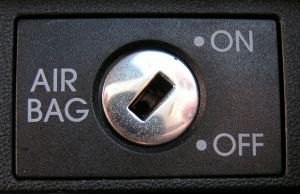 Unfortunately, issues have arisen with air bags in certain Toyota vehicles including the 2012 and 2013 Toyota Camry, Camry Hybrid, Avalon, Avalon Hybrid and Venza vehicles. Our Boston defective products lawyers know that Toyota has recalled 885,000 vehicles worldwide as a result of potential air bag problems. An estimated 803,000 of the vehicles affected by the recall, including both crossovers and sedans, were sold in the United States. Drivers need to be sure to check if their vehicle is among the cars being recalled by Toyota so you can follow the manufacturer instructions and avoid injury from the dangerous vehicle defect.

According to The Christian Science Monitor, the problem with the air bags in the Toyota vehicles is that the air conditioning units in the car have the potential to leak into the control unit of the airbag. If the water from the air conditioning condenser unit causes the airbag control module to become wet, a short circuit could occur. This could result in a malfunction within the unit that either prevents the air bag from deploying when it is needed or that could cause the air bag to deploy accidentally when an accident has not occurred.

In addition to the problems with the air bags, other parts of the car could be affected as well. For example, if there is damage to the communication line in the airbag control module, the power steering assist function could become inoperable and steering could become more difficult for drivers to control.

Toyota is reportedly aware of at least 35 reports of airbag warning lights coming on as a result of this problem. In at least three situations, the air bags have deployed accidentally because of leaks from the air conditioner.

In cases where the trouble has occurred, the problem within the air conditioning unit may stem from spiders building webs inside of the vehicles and blocking a key drainage tube in the air conditioning unit that directs water away from the air bag control unit. The spider webs may not have been the cause of every blockage occurring, but a spokeswoman for Toyota has reported that the spider webs have so far proven to be the only consistent cause of blockage in cases investigated by the car maker.

To fix the problem, Toyota plans to plan a sealant and to install a new port that will cover the condenser unit on the air conditioner. Repairs will be made free of charge at local Toyota dealerships. Affected owners will be told of the problem via mail and should schedule an appointment to have their vehicles fixed.

If you were harmed because of a defective product in Massachusetts, call Jeffrey Glassman Injury Lawyers for a free and confidential appointment — (617) 777-7777.