Testosterone replacement therapy (TRT) is commonly prescribed to men whose bodies are not producing enough testosterone on their own. The testicles produce the testosterone hormone, which is responsible for maintaining muscle bulk, for bone growth, for maintaining red blood cells, and for proper sexual function. In cases where a man suffers from low testosterone (Low-T), symptoms can include erectile dysfunction, among other health issues. These undesirable symptoms have caused many men to eagerly embrace TRT as a solution. 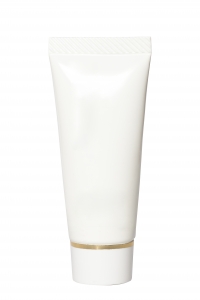 Unfortunately, testosterone replacement therapy may do more harm than good. The U.S. Food and Drug Administration is now reconsidering whether testosterone replacement therapy is actually safe for use amidst a growing number of concerning studies showing problems and dangerous side effects, including a risk of heart problems and strokes. Five men have already sued Abbott Laboratories, alleging that the company should be held liable for the side effects of its low-T treatment. Many more men could also take action if it turns out that the studies are right and that they’ve been using a high-risk medical therapy without adequate warning.

If you or a loved one underwent low-T treatment and are concerned about the dangers or about side effects and symptoms you are facing, a dangerous drug attorney may be able to help you to take action.

Are You at Risk for Complications from Low-T Treatment?

There are many different manufacturers of testosterone replacement therapy and if you used any of the products that they produce, you could be at risk. These products include:

Studies identifying a potential link between low-T treatments and heart problems could mean that all of these products were dangerous to users and that men who were prescribed any of these low-T treatments may have a damage claim.