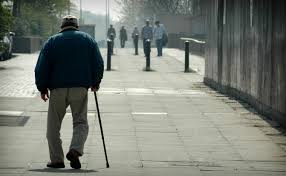 Despite the potential benefits of testosterone therapy, men should be aware of the risks. In the event of a medical emergency or injury related to testosterone therapy, men should consult with an experienced advocate regarding dangerous pharmaceuticals. Our Boston medical malpractice attorneys are experience in representing victims and their loved ones who have been harmed by testosterone therapy and other pharmaceuticals. We will take a comprehensive approach to uncover the facts, identify responsible individuals and entities, and pursue compensation and justice on your behalf.

Previous studies show that the testosterone therapy has been linked to cardiovascular risk. In January, the FDA released a public statement announcing that the agency is investigating testosterone replacement therapy and the increased risk of heart attack, stroke, and fatalities. This warning was issued after weighing the results of two studies that demonstrated the negative health events associated with testosterone therapies. Since the publication of one study in the Journal of the American Medical Association in 2013 and another in PLOS One in January this year, regulators as well as medical health professionals are looking to raise awareness about the potential dangers of testosterone therapy.

According to these studies, men who were older than 65 were twice as likely to have a heart attack in the first 90 days after starting treatment. Those who were under 65, but with prior history, were nearly three times as likely to suffer a heart attack. These are staggering numbers that should put both patients and doctors on guard. Victims of health problems, including heart attack have continued to wage lawsuits against manufacturers that failed to provide warnings about the potential risks. In other cases, manufacturers promoted the dangerous therapies to men who were not in need of testosterone replacement.