Scott v. C.R. Bard, Inc., an appeal from the Court of Appeal for the State of California, involved a plaintiff who was injured by a polypropylene mesh kit designed to treat women who suffer from a condition known as pelvic organ prolapse (POP). POP occurs when a female patient has weak vaginal walls that allow the uterus and bladder or rectum to enter the vaginal canal. POP can cause serious organ dysfunction, incontinence, pelvic pressure, and extreme pain, even to the point of becoming physically disabled. 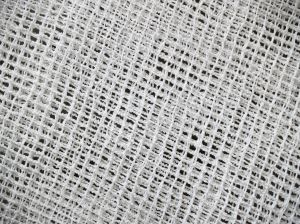 Many patients will try less invasive treatment such as pelvic exercise, however, transvaginal mesh (TVM) manufacturers have convinced many POP sufferers that implanting a sling or other device designed to hold a piece of surgical mesh can solve the problem and allow the patient to lead a normal life.

As our Boston transvaginal mesh injury attorneys understand, this seems like a very appealing opportunity to women who suffer from POP. However, after having a TVM implant, many women experience serious complications, including erosion and tissue damage.

In Scott, the case involved a product based upon a Ugytex Dual Mesh Kit manufactured by a French pharmaceutical company and marketed in the United States by C.R. Bard, Inc. At some point after this device entered the U.S. market, C.R. Bard developed its own TVM kit called Avaulta Solo. This TVM implant was different than its predecessor, because it had a soft knit center graft with a series of stronger knit arms to anchor the mesh graft. There is also a large curved needle known as a trocar included in the kit.

This kit was further developed into what was marketed as the Avaulta Plus, which added a layer of collagen to the mesh implant. C.R. Bard was able to get this product on the market without extensive testing due to a loophole in federal regulations that allows “substantially similar” devices to be brought to market. During testing, parts of the mesh were implanted in rats, rabbits and sheep, but the anchoring arms were never implanted in a living animal. The company chose instead to skip certain tests and implant the product into a cadaver.

Plaintiff’s doctor received a one-day training in the new device that included a power point presentation before performing the surgery. He told her there could be complications, but the chances were minimal. He testified that he believed the TVM product to be safe and effective.

After surgery, plaintiff could not urinate and had to self-catheterize and was also in extreme pain. Her doctor operated again, but this did not solve her urinary problems. Another doctor at the same practice performed a third surgery and then a fourth. She then developed a serious infection, and a fifth surgery was needed to treat her. As if this was not enough, she needed a sixth surgery to remove more of the transvaginal mesh due to erosion. She then had a seventh and eighth surgery performed by another set of doctors. At this point, she was in extreme pain due to nerve damage and lost control of her bowels during sexual intercourse.

At trial, the judge refused to allow plaintiff in introduce several FDA public health notices that dealt with these concerns. Even without this evidence, the jury awarded $5 million in damages. C.R. Bard appealed the case on grounds that jury could not have made such findings with the level of evidence presented, and the court of appeals affirmed the decision.