Every year, around the holiday season, a new product will hit the market, and it becomes a must-have for families across the county. This year, many think the so-called “hoverboard” will be that product. 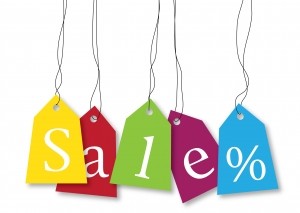 First, it should be noted, these hoverboards do not hover by any stretch of the imagination. Most people associate the hoverboard with the fictional product Marty McFly used in Back to the Future II. This was the pink skateboard without wheels manufactured by Mattel in the movie. It allowed him to hover over the ground and ride on any surface other than water.

These hoverboards are technically an electrically powered self-balancing scooter with two drive wheels that are very much on the ground at all times. Essentially, it is designed to be Segway without the handlebars. The hoverboards are made by various companies and can be seen at every mall across the country with prices ranging from a few hundred dollars to around $2,000. They are sold in kiosks like radio controlled indoor helicopters were last year.

According to a recent news feature from KEYE TV, this year’s popular item may ruin the holidays for many who use them. The author went to a sporting goods store at a local mall and purchased one of the cheaper models of hoverboards. There was a note about the store’s return policy on the box that this particular item would not be returnable if it showed any signs of use. The manager also told the reporter that if you open the box, the item could not be returned. There were no other items in the entire store to which that return policy applied. Everything else could be returned for any reason.

One woman interviewed for the article said she purchased three of these hoverboards on the Internet for her children who use them everyday. One of her children likes to put his elbows on the board while it drags him around the house.   The woman who purchased the board, however, did not have as much fun riding hers. She was using the most expensive model and was moving up a mild hill outside her home. She said it felt like it would be easy to step off the front when she wanted to stop. However, when she stepped one foot off, the board spun her around at such a high speed that she tore the ligaments in her ankle. See said, if you try to step off the front, you will get run over or it will spin on you, as hers did. Since this is what she described as a natural way to get off the device, there should be a warning included not to do this or you could be injured.

The device she purchased warned that serious injury or death could occur if not riding properly, but it did not define what it means to ride properly. If you are injured on one of these hoverboards in Boston, you should speak with an experienced personal injury attorney to see if you have a case. If the device did not come with adequate warnings, a failure to warn of a known danger claim may be appropriate.

The hottest gift of the season could ruin Christmas morning, November 20, 2015, KEYE TV, by Kimberly Suiters