Standing on the top step of the dugout of a major league baseball stadium for hours a day is tougher than it looks. Especially for managers who have already endured a lifetime of sports related-injuries. According to a recent news article from CBS, Pittsburgh Pirates manager Clint Hurdle is going to have a long overdue total hip replacement this offseason. 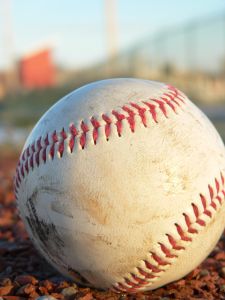 Hurdle had spoken with his team’s medical staff and his own doctors to delay the procedure as long as possible, and, with the tremendous pain caused by bone on bone arthritis, and team’s postseason run coming to an early end, he is electing to have the procedure done as soon as possible.

Our Boston hip replacement litigation attorneys understand why someone would want to wait as long as possible to have total hip replacement surgery. While more and people are having the procedure each year, many are suffering from the effects of defective artificial hip joints, such as the DePuy hip.

The DePuy Pinnacle and ASR artificial hip was designed with a metal-on-metal joint the company claimed would allow for smoother movements. As a result of this being a medical device, and not a drug, the company was able to get the artificial hip to market faster, and without significant testing, through a loophole in the Food and Drug Administration (FDA) known as a 510(K) application. This refers to the section of the code that allows a medical device to be fast-tracked to market if it is similar to a device already on the market.

In the case of a metal-on-metal artificial hip, the process has led to recalls and catastrophic results for patients. The metal-on-metal joint can break down, causing shards of metal to be released from the joint. These metal shards can harm the patient in various ways.

The metal can be toxic to the patient, causing a condition known as metalosis. While there is still a lot that is not known about this condition, scientists believe that extreme pain and swelling around the implant sight are caused by the immune system’s reaction to the metal ions being released into the body. Research also indicates this condition could result in the joint being dislodged from the bone to which it is anchored. Another issue is that the metal fibers can tear or otherwise damage internal tissue surrounding the defective artificial hip implant.

When metal is being shaved off, the joint gets to a point where the entire hip can fail and need to be replaced. While the facts of every situation are different, if you have been the victim of a defective hip and need to have a second surgery to correct the problem or implant another artificial hip, you should contact an attorney to discuss your situation. It is important to find out what model of hip was used during your surgery, as most people are not told prior to the having device implanted.