Xarelto is a relatively new type of blood-thinning medication in a class of drugs called New Oral Anticoagulants (NOACs).

Xarelto is manufactured by Bayer AG and sold in the United States with Bayer’s marketing partner, Janssen Pharmaceuticals. Janssen is a subsidiary of Johnson & Johnson. 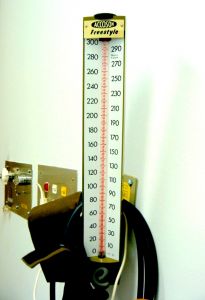 These companies market Xarelto for patients at high risk of developing serious clotting disorders such as stroke, deep vein thrombosis (DVT), and pulmonary embolism (PE). A PE is deadly health condition in which a clot forms and then dislodges itself and travels through the circulatory system until it reaches the lungs. One in a lung, it can tear a hole in the tissues, causing serious illness or death.

Patients at risk for these conditions normally require a blood thinner such as Warfarin. While Warfarin is generally effective, patients must closely watch their diet and have regular blood tests to control their dosage. If the dosage is off, patients can develop life-threatening side effects. Xarelto, on the other hand, is supposed be as effective without requiring constant dose monitoring.

This is what Janssen wants you to know. What they don’t want you to know is Xarelto can cause serious internal bleeding disorders, including bleeding in the brain (intracranial). There is also no approved treatment, antidote, or other way to reverse the potentially fatal side effects of Xarelto.

With thousands of patients becoming ill or dying as a result of Xarelto side effects, lawyers are filing lawsuits all over the country. If you have been injured by as a result of the drug in Boston, a Xarelto injury attorney can explain your rights.

According to a recent news article from the Pennsylvania Record, a judge in Philadelphia has recently created a mass tort docket to consolidate all Xarelto lawsuits in the city. There have already been 75 cases filed separately related to the irreversible and fatal bleeding disorder.

The purpose of creating a mass tort docket is to consolidate the lawsuits so there will less cost to all parties involved in obtaining discovery, holding depositions, and many other aspects of litigation. It will also be much more efficient in terms of court resources.
With the increasing likelihood of a Xarelto case becoming a class action matter, one of the most important things you can do when selecting an attorney is make sure he or she is familiar with large class action lawsuits involving dangerous drugs. These are not typical personal injury cases and require experience and a real understanding of how this type of litigation works.

It should be noted makers of Xarelto have issued a statement saying they are determined to defend the allegations made in these lawsuits, and that Xarelto is an FDA approved medication for treatment of serious diseases.

Xarelto, along with Eliquis and Pradaxa, which are also NOACs, have earned their respective makers windfall profits, and the companies do not want sales to be harmed as result of health concerns or lawsuits. The company also wants people to know an antidote to Xarelto bleeding injuries is in development and has showed promising results in early testing, though this drug is not yet approved by FDA for any patients not in a randomized drug study.