In the past two years we have seen various coverage in the media about listeria being found in multiple consumer food products, resulting in large scale recalls.  Listeria is a bacteria that is formally known as Listeria monocytogenes, and can result in serious gastrointestinal (GI) infection in humans. 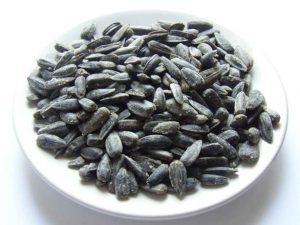 Symptoms of Listeria infection include high fever, stomach pain, diarrhea, joint stiffness, nausea, and severe headaches.  While it is not fatal to the average adult in otherwise good health, it can be fatal to women who are pregnant, very old or very young patients, and those with a compromised immune system.   Last year alone, according to a recent news feature from CNN, there were an estimated 1,600 cases of Listeria, and of those cases, 260 people died.

While we have seen an outbreak caused by a major ice cream factory, and also from a major supplier of frozen foods and vegetables, this latest case of a potential outbreak of Listeria is deemed to the be result of shelled sunflower seeds used in Papa John’s food items and sold to many supermarkets to use in trail mix and other similar foods.

The United States Food and Drug Administration (FDA) and the Centers for Disease Control (CDC) are maintaining a list of list of foods that are subject to the recall on their respective websites and are urging anyone who has bought the possibly contaminated products to either throw them away immediately or go back to the store to get a refund.

One fact that makes Listeria more difficult to control in terms of a recall is that it can survive for very long periods of time when frozen. This means that many people unsuspectingly have frozen fruits and vegetables or ice cream sitting in the freezers for sometimes over a year, and these products still contain viable strains of the Listeria bacteria, which could make them very sick when these products are consumed.

When someone gets food poisoning in Boston, for example, doctors are often able to work with the CDC to see if there any other reported cases of the same illness, and, if so, they may be able to trace these cases back to the original source to find out where the bacteria is coming from.  However, even if they find out where the Listeria is coming from, it may take a lot longer to determine exactly how the contamination occurred and how it was not caught by factory inspections.

Typically, the CDC will work with the factory owner to shut down all means of production until the source can be isolated and preventative measures may be taken.  In some cases, such as we saw with the large ice cream recall, a company may decide that only certain areas of production were subject to the contamination and leave other parts of the factory open.  However, as we saw in that case, it may later be discovered that other lines of production were contaminated, and then they go back and expand the recall.