By now, most people have heard that Samsung’s release of the Galaxy Note 7 smartphone did not exactly go as planned.  Problems started when users were reporting their phones were spontaneously bursting into flames or completely exploding.  As if this was not bad enough, there were reports of them exploding on airplanes, which caused even more concern. The company has claimed there was a problem with the batteries that were made by a third party and has agreed to recall all of the phones sold to consumers to replace them with a device that features a safe battery. 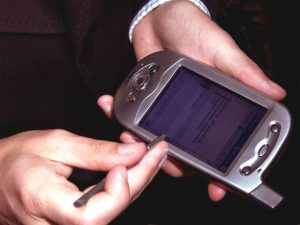 According to a recent news article from NPR, there are now more questions being raised about not only the safety of these products, but also in the transparency of the recall process – or more accurately, the lack of transparency.  The problem is the company claimed the issue was not the device itself, which Samsung manufactured, but rather with the batteries, made by a third party.  However, that seems to not be the case, considering Samsung has switched battery suppliers and the combustion continues.In other words, it seems the firm has no idea why their product is dangerous or defective.  Industry experts believe that if the company does in fact know, they are not letting authorities know of this fact. If they have no have idea why their phones are catching fire, that is a situation that is also very problematic for both the company and potential personal injury victims who do not want a phone to explode while they are holding it up to their faces.

There are several theories as to why these exploding phones made it to market.  One of the theories is that Samsung was in a hurry to get its new device on the market before Apple released the iPhone 7, which is the only real competition to the Galaxy Note 7 in term of sales.  Since they were in a hurry to get the phone in stores before the iPhone, they did not complete the necessary safety testing, and we have a phone that can explode in someone’s hand or face.  It should be noted that his is only a theory proposed by some in the industry, and it has not been proved that Samsung acted hastily or negligently in connection with the release of their new smart phone.

As our Boston products liability attorneys have seen in far too many cases, companies often rush to get a product on the market for business reasons, and that can result in serious personal injuries to consumers.  This is a major problem, and if it can be established that a company placed its profit levels above the safety of consumers in its priorities, that can lead to not only compensatory damages, but also punitive damages. Here in the Commonwealth, Chapter 93A of the Massachusetts General Laws (MGL), our consumer protection act, provides for double or even triple damages in some cases.