California is well known for its burgeoning wine industry. Many enjoy drinking California wines at home and in local restaurants, while others travel to the region’s Napa Valley for vineyard tours. 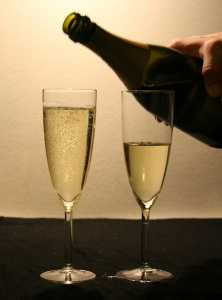 While all wine may contain trace amounts of hazardous chemicals, a recent class action lawsuit alleges many California wines contain levels of arsenic hundreds of times over the legal limits.

According to a recent news article from The Independent, more than 1,300 bottles of wine were sent for testing at independent labs, and it was determined more than 25 percent of the bottles contained higher arsenic levels than legally allowed in water. The reason water was used as a baseline is because water is the only liquid U. S. law requires to be tested for arsenic. Some of these wine bottles reportedly contained five times the legal limit of arsenic in water.

Plaintiffs also allege a relationship between the price of a bottle of wine and the amount of arsenic. Cheap wines were found to contain far more arsenic than more expensive bottles. While there are 28 wineries named as defendants, the main varieties of wine listed in the suit are White Zinfandel, Pino Grigio, and Sauvingnon Blanc. There were also many red wines listed in the complaint. Many of these wines are sold to specialty foods retailers in Boston, some of whom have been named as defendants in this class action lawsuit.

Plaintiffs’ attorneys note that most bottles found to contain arsenic were less than $10, and plaintiffs were paying with their health. On the other hand, it should be noted the Wine Institute, an advocacy group that works on behalf of California winemakers, has stated that, although they don’t have access to lawsuit materials, they believe the allegations to be false and misleading.

As our Boston defective products injury attorneys can explain, exposure to unsafe levels of arsenic can cause cancer and other serious medical conditions. Arsenic itself is a naturally occurring substance found in soil, rocks, water, air, plants, and even some animals. This is the reason some arsenic is present in agricultural products, but producers are supposed to monitor soil levels to make sure levels are not dangerously high.

While arsenic exposure over time can lead to serious health problems, high-level exposure can lead to acute arsenic poisoning. If you believe you were exposed to arsenic and have experienced abdominal pain, diarrhea, dark urine, or other symptoms, you should call poison control immediately or contact a medical professional.

In products liability lawsuits, one of the major questions to be addressed during the discovery process is whether defendant knew or should have known whether the product was dangerous. There will also be an interest in whether defendant is acting according to industry standard methods of production or trying to cut corners. However, if everyone in the industry is doing things in a way to harm consumers, safety in numbers in not a valid defense. This may just mean the entire industry needs to change methods of production.

If you are the victim of injury resulting a defective product, call Jeffrey Glassman Injury Lawyers for a free and confidential appointment: (617) 777-7777.

Lawsuit after wines found to contain ‘very high levels of arsenic’ in California, March 20, 2015, The Independent