A subsidiary of product manufacturing behemoth Johnson & Johnson is facing a product liability lawsuit for allegedly selling defective breast implants to unsuspecting women, causing them to suffer health woes such as muscle pain and nausea. The defective implants are reportedly made of a silicone base, and leakage has resulted in a host of problems for patients. 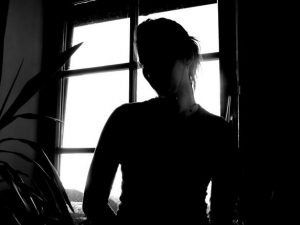 Bloomberg reports the subsidiary, Mentor Worldwide, is accused of negligence for its alleged failure to carry out proper studies of its implants. In particular, plaintiff alleges the company refused to explore potential health risks, as it was required by federal regulation agencies to do. The lawsuit, filed in a state court in California, alleges that leaks occur as a result of normal use, and the silicone in the products cause serious injury when it seeps out of the device and into the body.

You may recall that the U.S. Food & Drug Administration had forbidden any companies from selling silicone-based breast implants for nearly 15 years, beginning in 1992. The devices were shown to cause cancer and Rheumatoid arthritis. Initially, a $4 billion settlement was reached to cover all those claims, but that deal eventually fell apart and several firms filed for bankruptcy. The blanket ban on breast implants was lifted in 2006 and today, there are still only three companies – Mentor Worldwide included – that are permitted to sell silicone-based breast implants. Last year, the total market for breast implants nationally topped nearly $640 million. According to the American Society of Plastic Surgeons, about 8 in 10 women undergoing breast implant procedure choose to have the silicone-based product.

Breast implants used to be the source of copious product liability lawsuits back in the late 1980s and early 1990s. Most of these centered on the fact that silicone was extremely harmful and that the products as implanted were prone to breaks, tears and leaks, which released toxins into nearby tissue and into the blood stream. As a result of this, a number of manufacturers had to file for bankruptcy in order to resolve the flood of claims.

Plaintiff attorneys say the problem with the current products is “pervasive” and there could be many additional claims in the pipeline, as thousands of women may currently be suffering related harm.

The complaint alleges the manufacturer failed to warn patients about the potential risks associated with the defective breast implants. Namely, plaintiff says she has suffered pain, skin rashes, nausea and extreme fatigue.

Typically most breast implant lawsuits are going to include claims of failure to warn, breach of express and implied warranties, negligence and strict liability. Some cases may even include a claim of fraud.

A claim of failure to warn requires proof the manufacturer knew or should have known about a certain risk that was inherent in the breast implant and yet manufacturer failed to offer up an adequate warning. If plaintiff can show manufacturer for sure knew about the defect, she may prevail on a claim of fraud.

To prove a breach of warranty, plaintiff will need to show the product failed to conform to certain standards. So for example, if a breast implant suddenly leaks or ruptures or becomes deformed, plaintiff may have a case that product failed to meet the standards it should have and thus manufacturer breached its express or implied warranty.