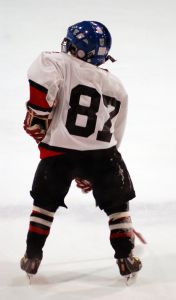 The 52-year-old actor said he hurt his hip during an old hockey injury and was walking with a limp before having hip replacement surgery. He took a few months to recover and is walking fine after the surgery. Carrel said the surgery cost around $10,000, and Letterman pointed out that they give you the old hip to make soup.

While we wish Carrell the best of luck with his new artificial hip, our Boston hip replacement injury attorneys know that many patients are not so lucky. Hip replacement surgery rates have increased in recent years, especially with respect to patients under age 65. While this used to be a procedure performed mainly on senior citizens, more and more young people are undergoing a total hip replacement to treat pain that, while uncomfortable, is not considered debilitating.

Much of this increase is due to marketing and medical device manufacturer’s successful efforts to tell prospective patients that they no longer need to live with pain from old sports injuries and osteoarthritis, and, with a new artificial hip, it will be like they are young again.

What medical device manufacturers do not want patients to know is there have been serious complications associated with many of their products. For example, DePuy, a large manufacturer of artificial hips, developed products known as the DePuy Pinnacle and the ASR hip that both featured a metal-on-metal joint.

Traditionally, artificial hips featured a ceramic-on-metal, or ceramic-on-ceramic, or a polymer-based joint. These new hips featured a metal-on-metal joint that was marketed as having the ability to give a smoother movement that would allow patients to be more athletic and have an improved range of motion.

We now know that these hips were defectively designed, and the metal may break down in a relatively short period of time. This could lead to metal shards causing tissue damage and loosening of the artificial hip, as well as a type of poisoning known as metalosis. The hips would also break down and partially or completely fail, causing patients to need second or subsequent surgeries to replace the artificial hip or live with worse pain and immobility than before having the artificial hip implanted.

While patients did not know about these risks, the company did. A properly designed hip replacement should last an average of 15 years. However, internal documents from DePuy showed the company knew that around 40 percent of these hips would totally fail within the first five years. If this information was made available to patients, as it should have been, it is unlikely that many would choose one of these products knowing that it would break down soon, and they would need another painful and risky operation.

If you have had a hip replacement and are told that you need a second surgery to correct the defects associated with the first hip replacement, you should speak with an attorney who regularly handles these cases as soon as possible.